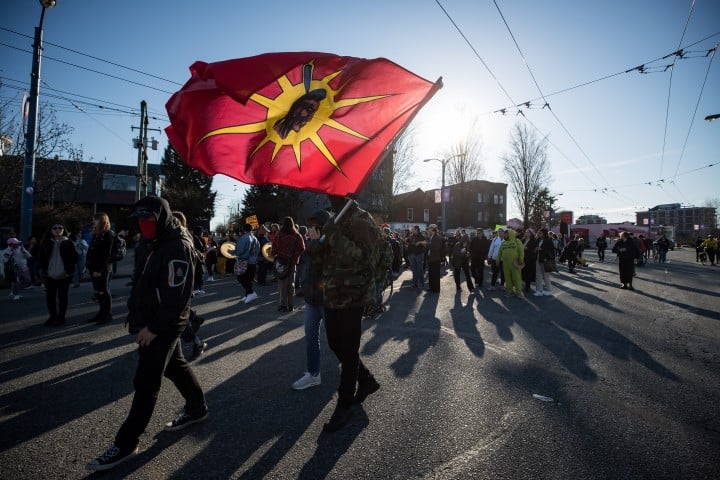 OTTAWA — Prime Minister Justin Trudeau and his cabinet are rejecting demands from conservatives on Parliament Hill and in provincial legislatures to break up blockades of rail lines by Indigenous protesters and their supporters as pressure on the Liberal government to solve the crisis continues to mount.

The demonstrations are in support of Wet’suwet’en First Nation hereditary chiefs who oppose a natural gas pipeline through their traditional territory in northern British Columbia.

Public Safety Minister Bill Blair said Wednesday the Liberals won’t issue an ultimatum to remove the blockades, raised in sympathy with the hereditary chiefs and in opposition to a natural-gas pipeline. But there’s no sign of the peaceable talks the government says are the only way to reach a lasting resolution to the dispute.

“I’m reluctant to put a deadline to something because I find that’s not a very effective means of negotiation,” Blair said.

But in a sign of the growing sense of urgency, Crown-Indigenous Services Minister Carolyn Bennett released a letter she sent Wednesday to the hereditary chiefs, saying she and her British Columbia counterpart Scott Fraser will be available in northern B.C. as early as Thursday to meet with any of the hereditary chiefs who might be willing to talk.

“We understand that you have urgent issues to resolve and require dedicated attention from both levels of government to work with you in charting a peaceful path forward,” the letter says.

“We are more than willing to find any mutually acceptable process with you and the Wet’suwet’en Nation to sit down and address the urgent and long-term issues at hand.”

Quebec Premier Francois Legault said Wednesday he believes a federal deadline should be imposed and, if it’s not respected, co-ordinated police action could be necessary to restore transportation links and end blockades that have disrupted rail and road traffic across the country.

He was expected to attempt to rally counterparts in other provinces to his position during a conference call Wednesday afternoon among Canada’s premiers convened by Saskatchewan Premier Scott Moe.

Moe said the premiers’ meeting was needed because blockades have been up for almost two weeks and charged that Trudeau has offered no action to protect the country’s economic interests.

Wednesday, one of the chiefs, Na’moks, who also goes by John Ridsdale, said they won’t meet with the federal government until both the RCMP and the company building the Coastal GasLink project leave their territory.

Risdale said they have communicated these terms to Bennett, the federal minister responsible for Crown-Indigenous relations.

Blair said Wednesday the RCMP in B.C. are under the jurisdiction of B.C. Solicitor General Mike Farnworth, and while they have been in discussions, Blair has not made a request that the RCMP retreat from the area where they’ve had an outpost for a year.

The police have enforced court injunctions against protesters who had kept Coastal GasLink workers from getting to construction sites.

One blockade has cut a key rail link in Ontario, stilling CN Rail’s freight operations in eastern Canada and shutting nearly all Via Rail passenger service for several days. Up-and-down blockades have interrupted traffic on highways and bridges.

Fresh blockades went up Wednesday on a CN Rail line in Edmonton and in St. Lambert, south of Montreal — both involving protesters acting in solidarity with the Wet’suwet’en.

Trudeau told reporters his government is trying to find a resolution, but also acknowledged the economic impact that the rail blockades are having across the country.

“We know that people are facing shortages, they’re facing disruptions, they’re facing layoffs. That’s unacceptable. That’s why we’re going to continue working extremely hard with everyone involved to resolve the situation as quickly as possible.”

Indigenous Services Minister Marc Miller said he has been in “constant contact” with officials and leaders from Kahnawake and from the Mohawk nation in Tyendinaga, whose members are among those blocking rail lines in Quebec and Ontario.

Miller would not disclose the content of these conversations, saying this would be “unproductive,” but did say the issue is being worked on hour-by-hour, with conversations happening at the highest levels of government.

Miller said the Indigenous groups who have been camped out at the rail blockades have expressed fear of being at the sites, where they have spent 13 days outside in frigid temperatures under constant surveillance.

“It is a very complex situation, very volatile, a lot of vulnerability, but at the same time there is a real danger in being on those rail lines.”

The Edmonton blockade ended after a few hours, when a group of counterprotesters with a truck arrived and began tearing it down.

The situation has presented the Trudeau government with a complicated test of its oft-stated commitment to reconciliation with Canada’s Indigenous peoples while also facing mounting pressure from provincial and business leaders to see more concrete action taken to get rail traffic back up and running.

“If Canada means anything, then we need to be able to work together constructively. Reconciliation doesn’t mean allowing a couple of people to shut down the national economy. Reconciliation means listening with respect, ensuring that Indigenous people get a chance to benefit from responsible development,” he said in Calgary.

A number of other high-profile Conservative politicians have painted the protesters as professional activists who are unconnected to the Wet’suwet’en First Nations.

Conservative finance critic Pierre Poilievre called them a “small group of anti-development activists who are using this as an opportunity to shut down the Canadian economy.”

Peter MacKay, who is running for leadership of the Conservative party, published a tweet Tuesday saying Canada needs a prime minister who will “stand up for the rule of law” and “not allow our economy to be hijacked by a small gang of professional protesters and thugs.”

During question period, Trudeau admonished Conservatives for their rising rhetoric and asked provinces to work together to “bring down the temperature and to bring down these barricades, but to do it in a way to that is peaceful.”

NDP whip Rachel Blaney stood to say she is “scared” at the heightened war of words and the “othering” of Canadians who want to address Indigenous land and title rights.

“I am calling on all Canadians to put down the weapons of racist language,” she said.

“I am calling on people to not be silent but to remind one another we can have a difference of opinion, but we should not spread hate.”

—With files from Amy Smart in Vancouver, Colette Derworiz in Edmonton, Laura Osman in Ottawa and Sidhartha Banerjee in Montreal