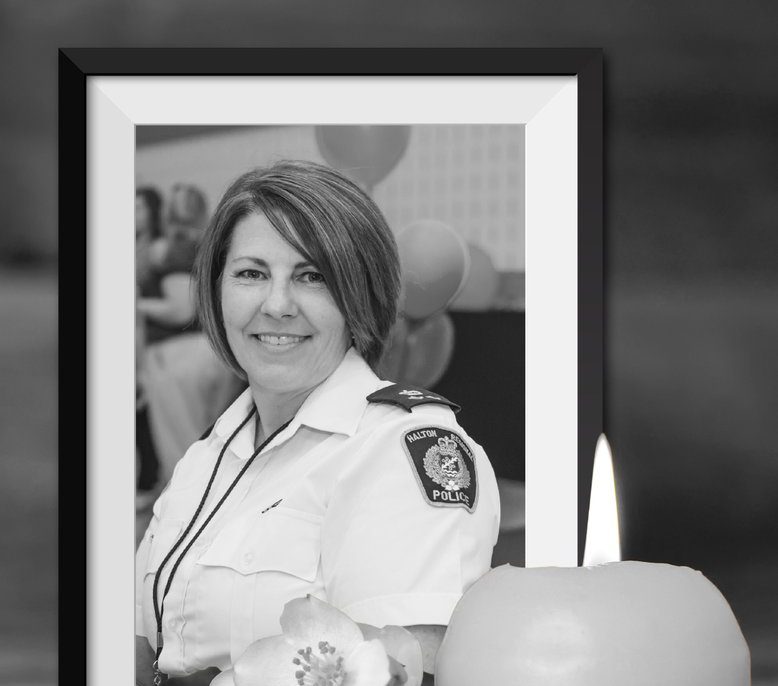 Halton Regional Police and the local community are mourning the loss of retired Deputy Chief of Police Carol Crowe who died Saturday after a lengthy battle with breast cancer. HRPS PHOTO

Described as “principled leader” and “friend to all,” members of Halton Regional Police and the Oakville community are mourning the loss of retired Deputy Chief of Police Carol Crowe who died Saturday after a lengthy seven-year battle with cancer.

In a tweet over the weekend, Halton police described Crowe as not only a principled leader, mentor and role model, but as being a cherished wife, mother and friend to all those who knew and loved her beyond the badge.

“Taken from us far too soon after such a courageous battle with cancer,” Halton Regional Police Chief Steve Tanner said in a tweet. “An inspiration to, and for many past, present, and future members of our Halton Police family and far beyond.

“Carol, you will be greatly missed by many. Thank you for your service.”

Crowe joined the Halton police in 1989 and would eventually become commander for 20 Division in Oakville. She would be named Deputy Chief in 2015.

Her work in the community was well known, becoming involved in several community groups such as Halton Women’s Place, the United Way and the Children’s Aid Society.

Crowe was named the recipient of the Women Worth Watching Leadership award in 2014.

“Carol was inspiring leader who paved the way for so many,” said former Oakville Regional and Town Ward 7 Councillor Pavan Parmar who was appointed to the Halton Police Board in 2021. “I had the honour of hosting her at my speaker series ‘Women Who Inspire.’

“She filled the room and left everyone feeling motivated and energized.”