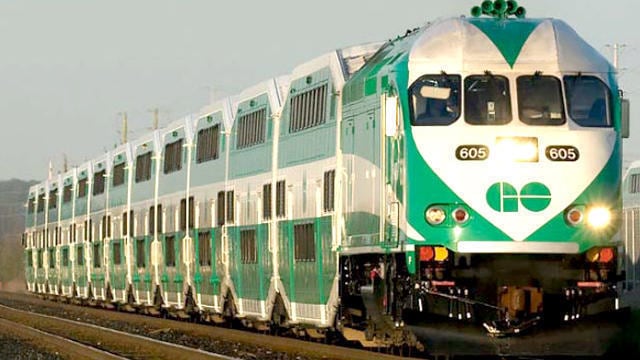 A driver has minor injuries after her SUV struck a moving GO train in Mississauga on Tuesday morning.

“The driver went through the barrier and hit the side of a train,” said Peel Regional Police Const. Rachel Gibbs.

The incident took place in Streetsville at Thomas St. and Queen St. S. at 7:04 a.m.

GO trains running on the Milton line were delayed for a short time.

No passengers were injured.

The train has minor damage to its side but is safe to operate, said Metrolinx spokeswoman Anne Marie Aikins.

The driver remained at the scene, however, it’s unclear if she’s being charged.