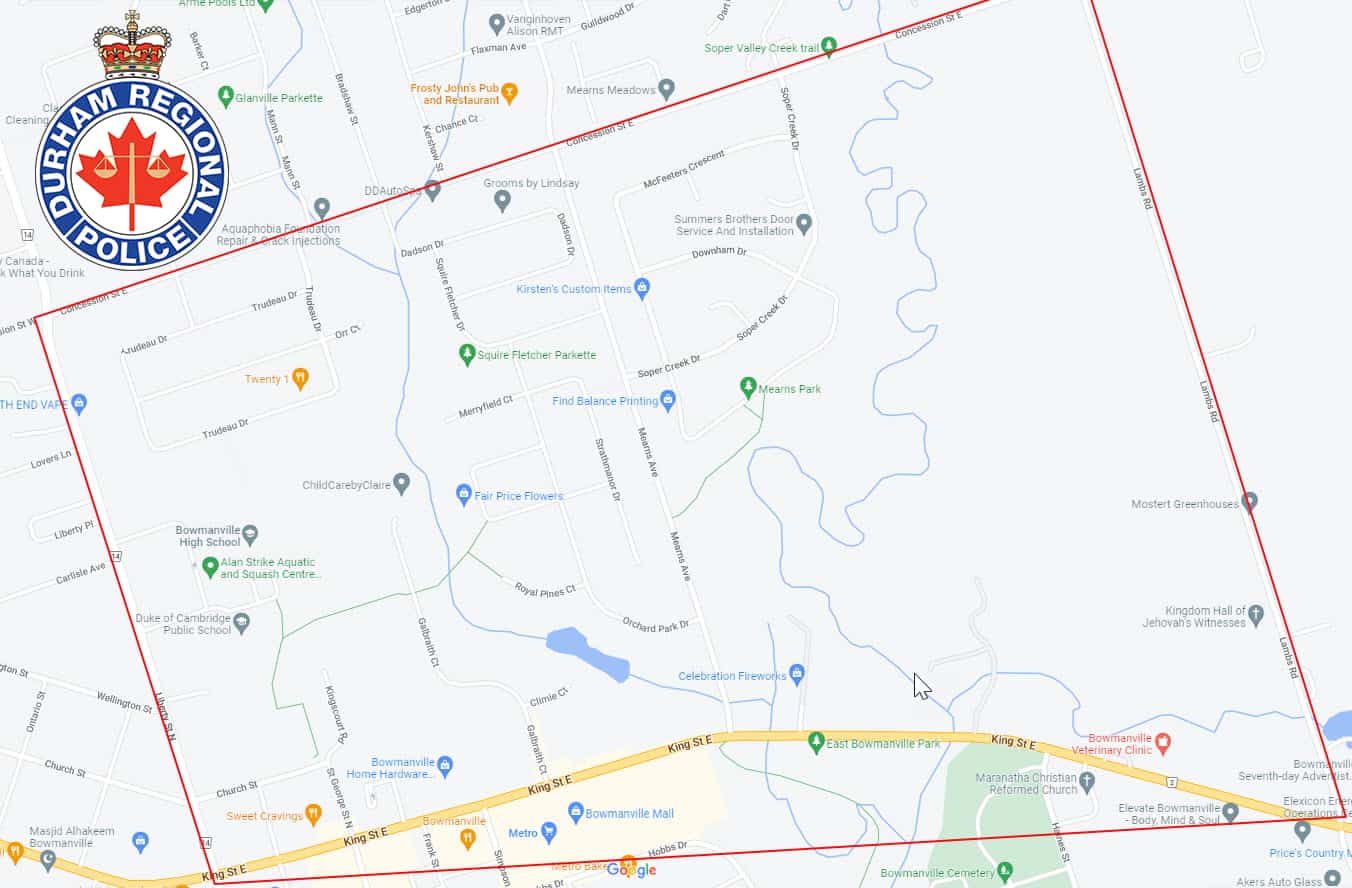 Durham police are on the lookout for a suspect responsible for setting numerous fires in Bowmanville. - via DRPS

Around 12:30 a.m. December 8 Durham Regional police responded to a blaze on Liberty St. and Concession St., a quiet residential neighbourhood in the middle of town.

Police said an exterior building like a shed had been set aflame and the fire quickly spread to two neighbouring houses. The blaze caused an estimated $100,000 in damages. No one was hurt.

This is just the latest of a rash of fires in Bowmanville throughout the fall. Police report calls for more than a dozen such blazes since October.

Most of the fires were set between 10 p.m. and 4 a.m. from Concession St. and Liberty St. to King St. and Lambs Rd. about three kilometres away. No one has been hurt by the fires, but they have caused damage to property.

Police are investigating whether the fires are connected and deliberately set.

“Investigators are appealing to the public to be cognizant of suspicious activity within the neighbourhood and to report to police. If you believe that you have witnessed or have video surveillance of such activity in and around the area dating back to early October, please notify police,” they said.