Suspected killer of Brampton woman was on foot before Mississauga slaying 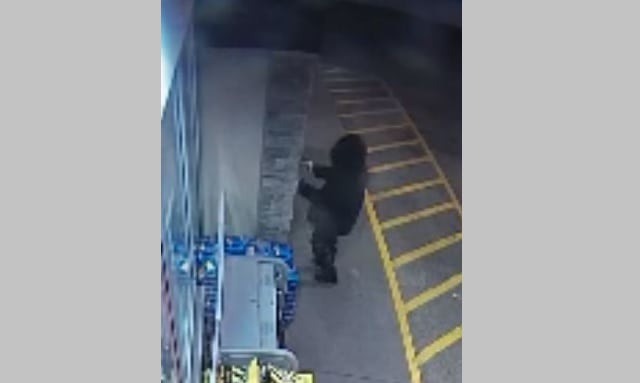 Homicide detectives with the Peel police are providing further information about the suspect who is believed to have shot 21-year-old Pawanpreet Kaur to death on Saturday.

The shooting, according to Peel Regional Police, occurred around 10:40 p.m. on Dec. 3 as a gas station in the area of Britannia Rd. and Creditview Rd. in Mississauga. Kaur, who was from Brampton, succummbed to her injuries.

Peel police now say that the suspect “wore a three-quarter-length dark winter jacket with a hood, dark winter boots, dark pants, a dark winter toque and white gloves. It appears that the suspect was smoking a cigarette. The suspect did not pull the hood up over their head until shortly before shooting the victim at close range.”

The police say they have collected extensive video and interviewed several witnesses in order to profile the suspect’s movements in the hours before the killing. The police, who previously said they believe the shooting was targeted, say it is possible that the suspect may have visted the gas station prior to the shooting.

“Investigators have determined that the suspect was on foot in the vicinity of the homicide scene three hours prior to the shooting, which occurred at a gas station located at the intersection of Creditview Road / Britannia Road,” Peel police said on Monday.

Investigators continue to ask anyone with information on this incident, surveillance or dashcam footage that may have captured the moments leading up to, during, or after the incident to contact investigators (905-453-2121 ext. 3205).