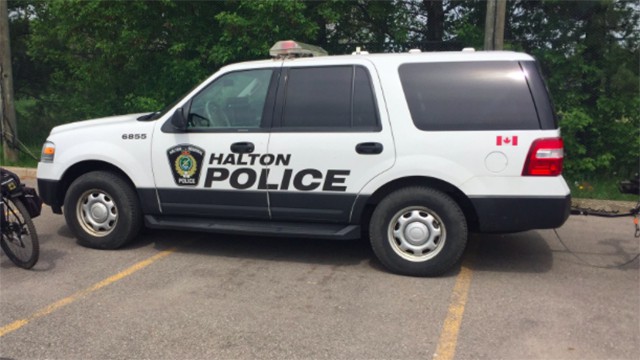 Two men are facing charges following a theft and robbery involving a Bobcat near the Mississauga-Oakville border.

Officers from Peel and Halton responded to a call near Winston Churchill Blvd. and Lakeshore Rd. for a carjacking and/or possible robbery on June 20 at 10 p.m.

They found two victims who’d been robbed by a man they had arranged to meet.

Police soon realized earlier that day one of the victims allegedly stole a Bobcat from a commercial premise on Wyecroft Rd. in Oakville.

“The Bobcat was then towed to the area of Winston Churchill Blvd. and Lakeshore Rd. where it was to be turned over to the aforementioned male,” reads a news release from Halton police issued Thursday.

The man said he had a gun and robbed both victims of their wallets and phones before instructing them to drop the Bobcat off nearby.

One of the victims ran to a nearby restaurant to phone 911.

Police dogs and tactical units from both Halton and Peel searched for the man but came up empty.

Oakville’s criminal investigations bureau tracked the robbery suspect, arresting him at the Oakville GO station on June 21 at 12:20 p.m.

Jason Morrison, 42, of Toronto has been charged with two counts of robbery. He was held in custody for a bail hearing in Milton on Thursday.

Michael Kwias, 36, of Oakville is charged with theft over $5,000 and possession of property by crime over $5,000 in connection with the theft of the Bobcat. He was released and is scheduled to appear in Milton court on July 26.