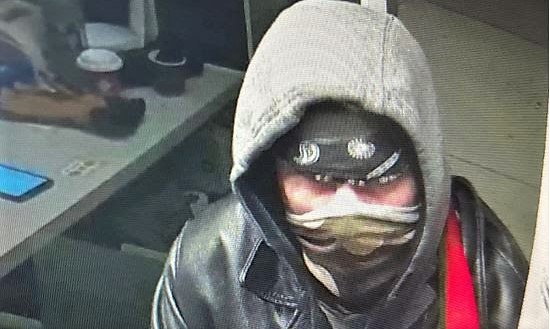 A suspect is still on the loose after robbing a Niagara Falls gas station kiosk with a handgun on January 2.

Niagara Police say that just past 9:10 pm, the suspect went into the gas bar kiosk in the Lundy’s Lane and Carlton Avenue area and quickly pulled a black handgun, demanding cash and cigarette from the lone clerk.

While the clerk was left unharmed, the suspect then took off on foot. Believing he ran south on Carlton Avenue toward the Barker Street area, the Niagara Police brought in the K9 Unit to search for him but without any success.

The suspect is described a white male, 30 to 40 years, 5-foot-10, approximately 200 pounds, wearing a black bandana, black leather coat, grey hoody with the hood up and black gloves. He is shown above and below. 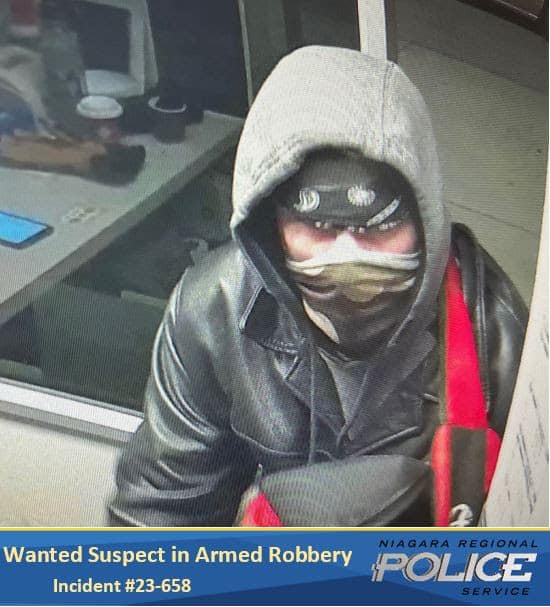