Suspect in custody after Oshawa Subway store robbed at knifepoint 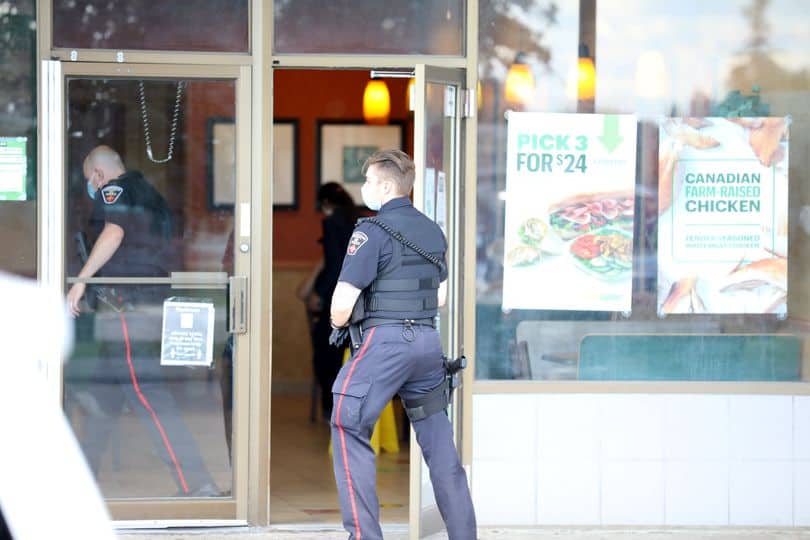 A 43-year-old man was arrested after an Oshawa Subway restaurant was robbed Tuesday morning.

A lone masked man entered the restaurant on Bloor Street East just before 10 a.m. Police say he went behind the counter and confronted the employee while brandishing a knife. The suspect then fled the scene on foot with a quantity of cash.

Durham Regional Police Service arrived on scene and were able to find and arrest the suspect.

Robert Bickle, a Waverly Street North resident in Oshawa, has been charged with Robbery, Disguise with Intent, Possession of Weapons Dangerous, and Mischief Under.