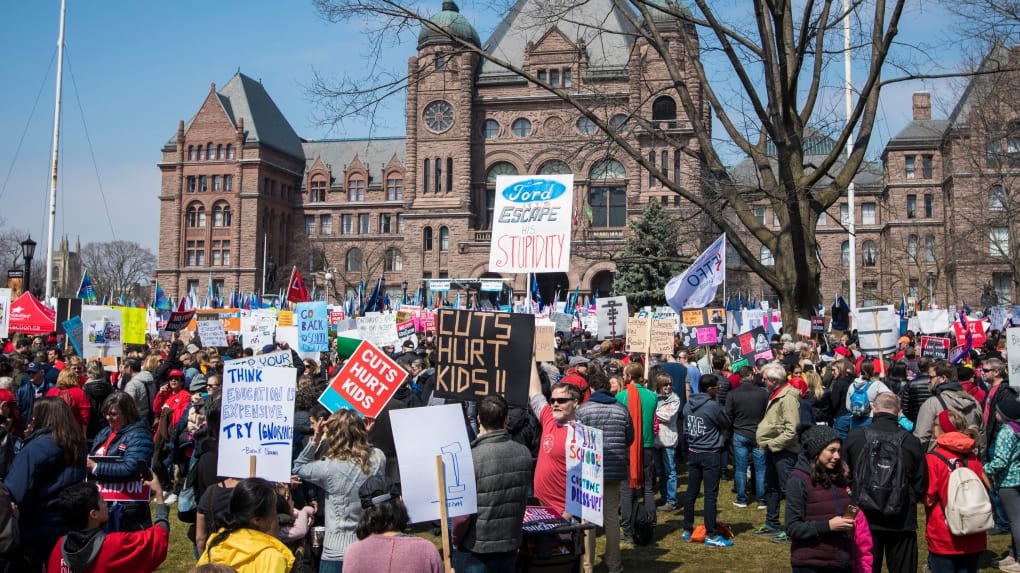 The prevailing opinion on Friday’s planned walkout by Ontario’s 55,000 education workers because of a failure by the education ministry to fairly negotiate a new contract for the CUPE-represented workers is … mixed.

There are strong opinions that the kids need to be in school, particularly after more than two years of a pandemic that has closed schools and sent children home for virtual learning and just generally disrupted the learning process.

But the use by Premier Ford and his Education Minister, Stephen Lecce, of the Notwithstanding Clause has been universally condemned, especially on social media where support for the workers has been near unanimous.

Education workers “DON’T deserve the heavy-handed tactics of Ontario’s Conservative government,” said one. “Without the education workers, essential care does not happen,” said another.

“Protect the rights of 55,000 education workers in Ontario today and you’ll be protecting your own rights tomorrow,” added another parent.

The use of the Notwithstanding Clause, which overrides Canada’s Charter of Rights and Freedoms and is supposed to be used sparingly and only in extreme political situations like war, terrorism and viral pandemics, is what has most observers upset.

Darryl Koster, a father of two in rural north Oshawa, said the clause “should never be used like it is in our current labour dispute between the EAs and the Provincial Government. The EAs deserve a far better income along with the benefits that should go with it. I do hope they are successful.”

Scorn for its use came from the opposition benches, where Scarborough-Guildwood MPP Mitzi Hunter filed a notice at Queen’s Park declaring Lecce to be in “contempt” of the legislature.

“Instead of legislating away education workers’ rights the Minister should return to the table and make a fair deal.”

Which prompted a rebuttal from a Twitter user who justified the Notwithstanding Clause tactic. “If only the union would bargain reasonably there would be no need for the legislation.”

Lecce himself defended the tactic, as was to be expected – “After years of disruption we will do what’s right for Ontario students and keep them in class” – and the legislature was tied up for hours Tuesday and Wednesday with debates on the issue.

Oshawa NDP MPP Jennifer French took on Ajax Conservative MPP Patrice Barnes – a former school trustee – saying she doesn’t believe the ruling government cares about the student learning experience. “Why the heck are we stripping away their human rights with this piece of legislation?”

Barnes responded by talking about “competing rights” and insisted her government is “standing up for students, 24/7.”

Meanwhile protests have begun around the province, with rallies at Conservative MPP offices and a huge, multi-union rally of support ongoing at Queen’s Park.

Matt Goulet, an Oshawa father of three school-age children, “fully supports” educators in “getting the money they need to do their job but echoes many others in hoping a settlement is reached soon.

“As a parent I understand the need for discussion,” he said. “But my main concern is that we just got our children back in school, they need to go to school. Do whatever needs to be done and do it quick.” 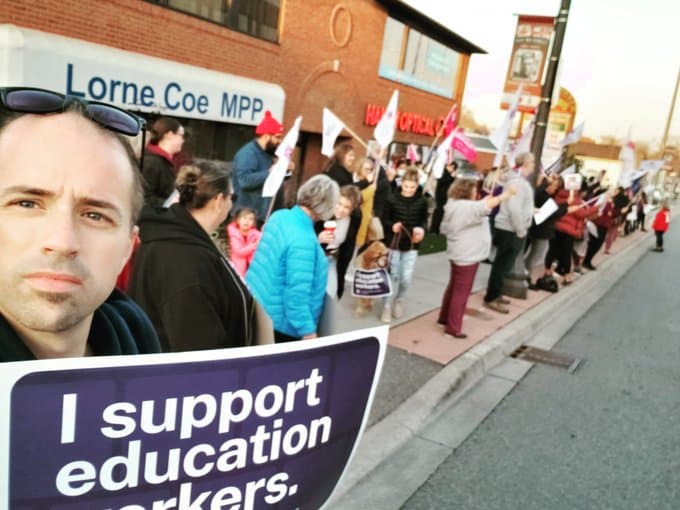