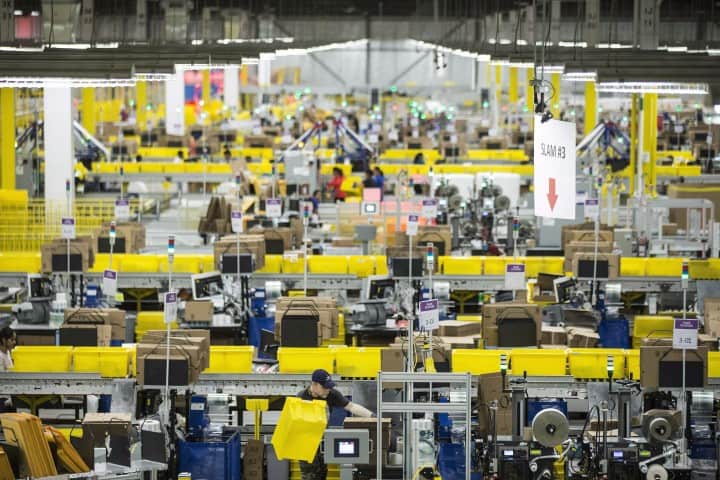 A boom in online shopping during the COVID-19 pandemic is making it tough to find warehouse space in many provinces, industry insiders say.

Industrial space is being gobbled up at a dizzying rate as companies expand their storage and fulfilment centres to cope with the demands of e-commerce.

“We’re seeing multiple offers on any space that’s available, especially anything that’s existing and you can occupy this year,” said Jason Kiselbach, senior vice-president and managing director of CBRE Vancouver.

At the start of April, the commercial real estate company said Canada’s industrial markets are the tightest in North America and the country can’t build space fast enough to satisfy the “voracious” demand.

Average net asking lease rates increased by $0.20 per sq. ft. quarter-over-quarter in Toronto alone, reaching an all-time high of $10.45 per sq. ft. That increase set a record because it was the 16th consecutive quarter of growth and came as rental rates rose 90.8 per cent over the last five years.

Demand for warehouse space, Kiselbach said, was already high before the pandemic, but it accelerated even more, when stores temporarily closed and people staying home had little choice but to shop online for many items.

On an unadjusted basis, Statistics Canada said retail e-commerce sales were up 110.7 per cent year over year to $3.5 billion in January.

With storefronts closed intermittently during the pandemic, retailers rushed to offer online shopping to keep sales going. Those companies needed additional space to store inventory and process orders for delivery.

But there were few properties to pick from.

“For Vancouver, we only have one space available over 100,000 square feet and it will get leased fairly quickly,” Kiselbach said this week.

“We’re seeing anything under construction or planned, people are putting offers on it well ahead of it being delivered.”

With almost no warehouses available in some regions like the Greater Toronto Area, Mike Croza says some companies are starting to revamp their operations and logistics for this new reality.

“A lot of companies may not have been prepared for such a disruption,” said the founder and managing partner of Supply Chain Alliance.

He’s noticed companies are repurposing space they already had or could quickly obtain for distribution and fulfilment and even turning to dark stores — retail spaces that are closed but are being used to hold or prepare goods.

There’s also a wave of companies hiring people to handle logistics and figure out how to squeeze out more space and better efficiency to meet pandemic demands, he said.

“It’s a good place to be right now,” Croza said. “Supply chain was never seen as sexy, but it’s now seen as sexy.”

Other companies are handling the lack of space by looking farther than they planned for property, said Marshall Toner, the executive vice-president and managing director of JLL’s industrial Canada business.

“There’s no magic bullet or silver bullet that I’m aware of that guys have got up their sleeve to solve this other than being open to having their fulfilment centre or distribution centre in a place that maybe they didn’t exactly want,” he said.

However, by using secondary or satellite facilities further from a desired location, he said some companies can make it work.

Toner doesn’t expect the interest in such properties in warehouses to dissipate much, even if COVID-19 lockdowns are lifted and people return to shopping in-person, because e-commerce is still poised to become more popular.

“There’s still going to be a significant amount of growth in the industrial space,” he said.

“The temperature might cool down on it, but I think the demand is still going to be there.