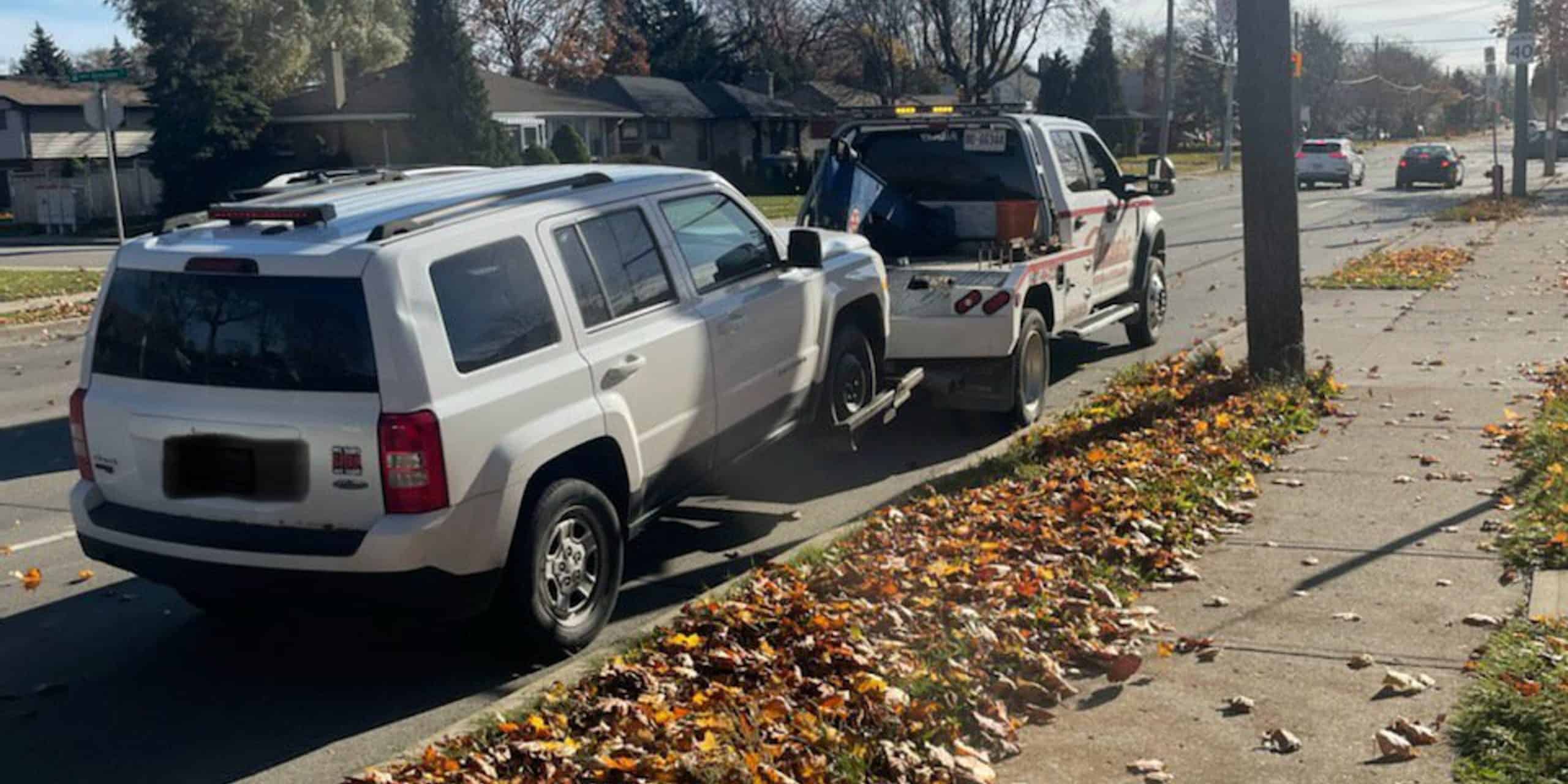 Hamilton Police use Twitter to warn drivers of the penalties for stunt driving in Ontario. The driver was also accused of driving while under suspension.

Hamilton Police continues to use Twitter to warn drivers of the penalties associated with stunt driving in Ontario.

Monday morning, police posted a photo of a white SUV hooked up to a tow truck after the driver was charged with stunt driving.

The driver, also accused of driving while under suspension, was pulled over on Mountain Brow Blvd. and cited for travelling 85 km/h in a 40 km/h zone.

Police say the driver had their licence seized and suspended for 30-days and their SUV impounded for 14-days.

The definition of “stunting” in Ontario has been expanded over the years as the province and law enforcement have tried to curb dangerous driving.

When the speed limit is at least 80 km/h, drivers travelling 40 km/h or more over the limit can be charged with stunting.

The penalty for stunting includes a licence suspension and vehicle impoundment. Drivers can also face jail time, a fine of up to $10,000, and a 100 per cent increase in their insurance rates.