Vehicle fire causing delays on 401 in Mississauga
Only 30 per cent of global companies prioritizing gender equity: survey
Feds working to make transit systems more environmentally friendly
One out of seven kids has lived under lockdown for at least nine months of the last year
Former Mississauga goalie Martin recalled by Tampa Bay to taxi squad

It's not surprising that many people would like to make more at their job -- money makes the world go round, after all, and people like to be fairly compensated for their work.

However, if you've ever wondered exactly how many Canadians are seeking a bigger salary, it might be a lot more than you think.

Following a recent survery of 1,000 Canadian workers, Indeed.ca reports that the majority of the workers in the country aren't happy with their current salary.

"Only 13% of workers in Canada say they are satisfied with their current salary - down 4% since last year, demonstrating that salary satisfaction is steadily declining," the report says.

Nearly 9 in 10 people said they'd like to earn more to afford the increasing cost of living comfortably in Canada -- wanting, on average, an additional $11,430 to do so.

Due to this increasing discontentedness, it's no surprise that 53% of workers are considering asking for a raise in 2019, including 58% of millennials.

However, men are a little more likely to ask for a raise than women, with 24% of male respondents saying they'll definitely be asking for a pay raise this year compared to 20% of female respondents.

"Men are also likelier to ask for more - 44% of male respondents are planning to ask for a 6% to 10% increase compared to approximately 36% of female respondents. Instead, women are more likely to be conservative in their demands, with more than half (59%) requesting for a raise of up to 5%," according to the report. 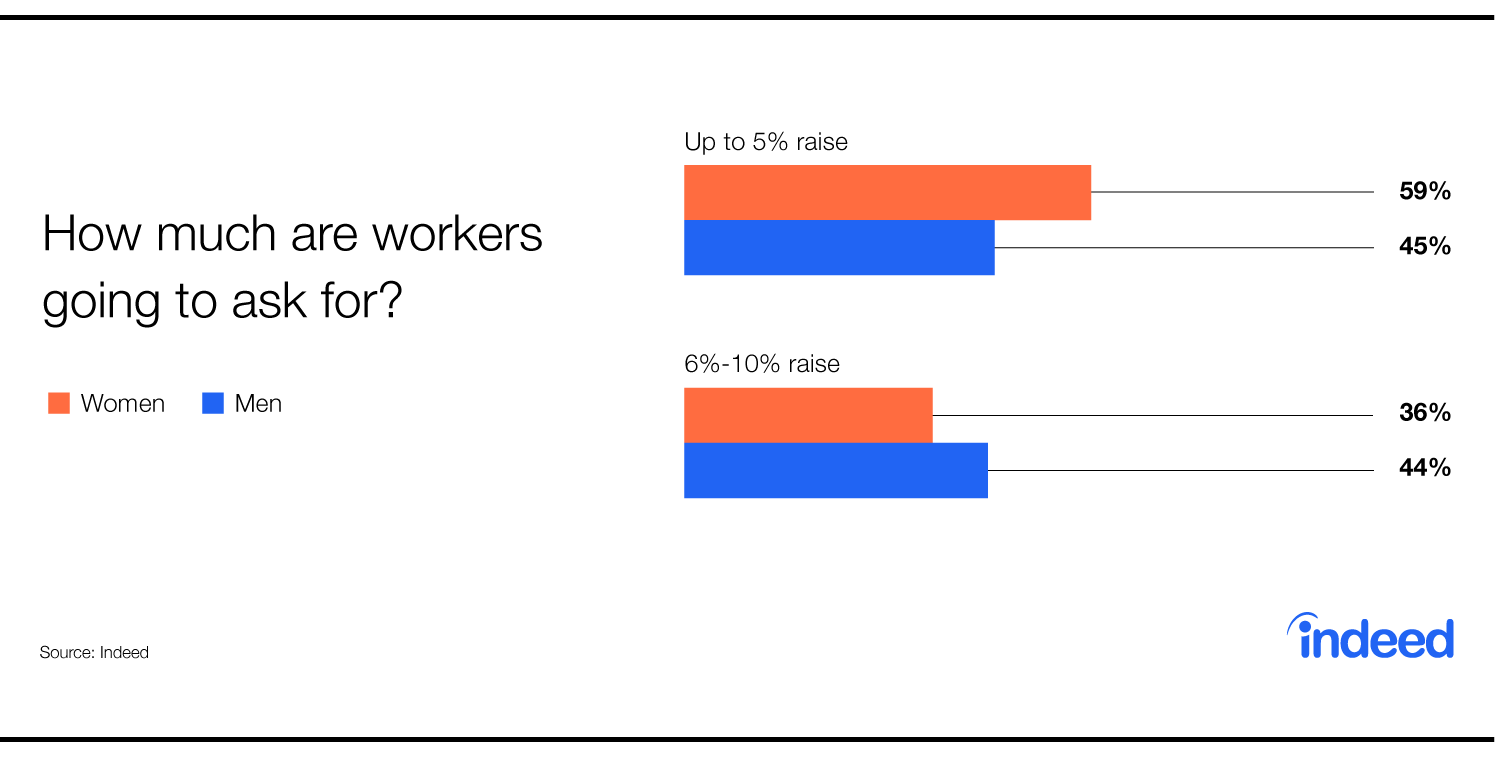 Respondents, on average, last received a pay increase between one to two years ago.

"However, 14% of respondents state they’ve never seen a pay change. So while wages are in fact going up, they’re not increasing at the desired rate."

Of course, asking for a pay increase won't always get you it. 59% of respondents say that they’ve been refused in the past because there was no room in the budget, 10% say they were refused after their employer said they hadn’t worked there long enough, and 20% of respondents say no reason was given.

The survey was conducted among 1,000 randomly selected employed respondents in Canada between January 8 and January 16, 2019.

To see the full report and tips on how to handle conversations regarding pay increases, click here.

Are you satisfied with your current salary?