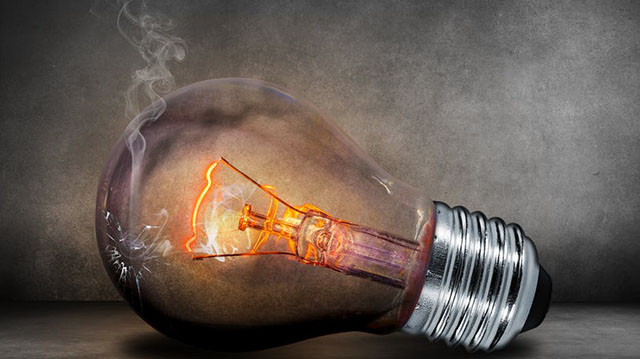 A new study has revealed that not only are electricity prices incredibly high in Ontario, they’re the highest in all of Canada.

The study, recently released by The Fraser Institute, noted that electricity prices in the province have “risen substantially” over the last decade and have become a hardship for many households as a result (although you can find some tips on saving and getting financial help here).

According to the study, Ontario has the fastest growing electricity prices in the country and its cities have some of the highest average residential monthly bills in Canada.

Interestingly enough, Ontario’s electricity price change between 2015 and 2016 alone was substantial, with the province experiencing a 15 per cent increase in one year. This was two-and-a-half times greater than the national average of 6 percent during the same period.

Hydro rates have been hardship for many, especially since their growth has outpaced growth in earnings.

The study points out that the increases have also translated to significant increases in monthly residential electricity bills.

That means residents in Toronto experienced electricity price increases of double the national average between 2010 and 2016. In Toronto and Ottawa, the average monthly bills for residential consumers (including taxes) in 2016 were $201 and $183, respectively.

As for what prompted this sky high price increase, the study authors blame the Ontario government.

“The problem of skyrocketing electricity prices and high bills is a made-in-Ontario problem directly tied to the provincial government’s policy choices,” the report reads. “Ontario’s policies around renewable energy (wind, solar, and biomass) have resulted in large additional costs for consumers. More specifically, Ontario’s high electricity prices can be attributed to poorly structured long term contracts, the phase-out of coal energy, and a growing electricity supply and demand imbalance in the province that is resulting in Ontario exporting electricity at a loss.”

There has been immense pressure on the government to do something about soaring hydro rates and they have moved to help “stop the bleeding.”

Recently, the Ontario Liberals introduced the Fair Hydro Plan and some cost decreases have come into effect as of July 1.

The incoming reductions are a result of the provincial government’s Fair Hydro Plan and will offer a range of savings dependent on how each individual household purchases electricity.

For residential and small business customers that purchase their electricity from their utility company, the Ontario Energy Board has set new lower Regulated Price Plan (RPP) electricity prices that build on the reduction in RPP prices that came into effect on May 1.

With the new RPP prices that came into effect on July 1, the total bill for “the proxy customer described under the Fair Hydro Act” will be about $121. To break it down further, that’s about $41 (or 25 per cent lower) than it would have been.

So, what’s making it easier to reduce costs? The OEB says a number of factors are responsible, including:

Also, the formation of Alectra (a recently formed partnership between four electricity companies, including Mississauga’s Enersource and Brampton’s Hyrdo One Brampton) could potentially lead to bottom line savings down the line for consumers (as the company will be working with more resources and less redundancies).

All in all, most residents know the hydro situation has been difficult for a long time.

It’ll be interesting to see if measures to control costs make a meaningful difference or just “kick the can down the road” for future generations to deal with.