Police responding to male with firearm in Mississauga convenience store
Pearson Airport in Mississauga welcome 19 international and 13 domestic flights with COVID-19
A $1 million prize went to a lottery player in Ontario but no jackpot winner
Fog advisory in effect for Mississauga and Brampton
Roadway shut down after pedestrian struck by vehicle, seriously injured in Mississauga

Study Finds Many Canadians Would Not Survive a Financial Disaster

One of the major struggles in life is making sure that you manage your money well. Most people when asked at first would say they do so adequately.

But a new study shows that a signficant portion of Canadians are failing in that regard, specifically when it comes to being able to pass a financial ‘stress test.’

According to the Financial Planning Standards Council, one in three Canadians (33 per cent) would fail the financial stress test, meaning they somewhat or strongly doubt their bank account would withstand a financial emergency, such an emergency car repair. That number rises to 45 per cent in Atlantic Canada, but drops to 28 per cent in Alberta. 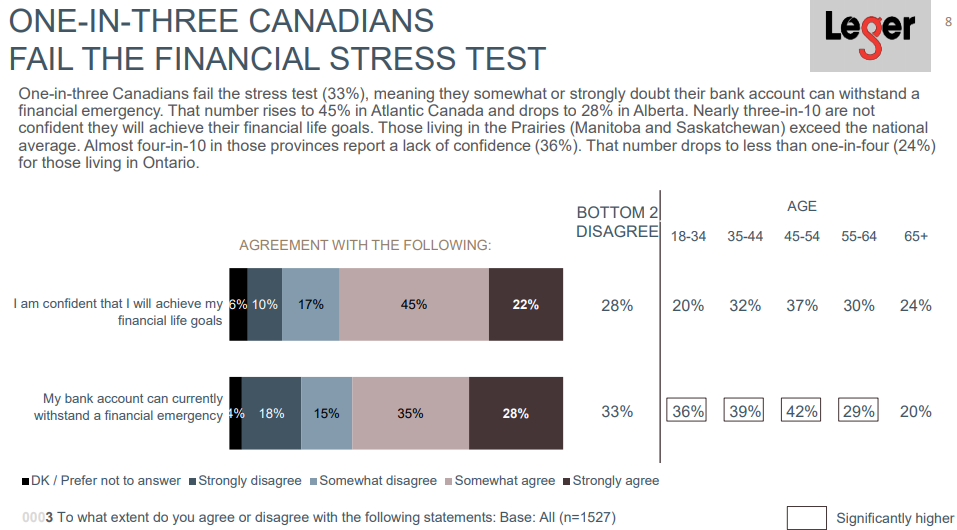 Nearly three-in-10 Canadians are not confident they will achieve their financial life goals (28 per cent).

Those living in Manitoba and Saskatchewan exceed the national average where almost four-in-10 report a lack of confidence (36 per cent); however, that number drops to less than one-in-four (24 per cent) for those living in Ontario.

Here are some other findings from the report on Canadians’ views on financial planning. First, 62 per cent rarely or never maximize their RRSP contributions each month.

Although one in four Canadians take advantage of an employer RRSP savings matching program, 64 per cent of Canadians do have have access to such a program. 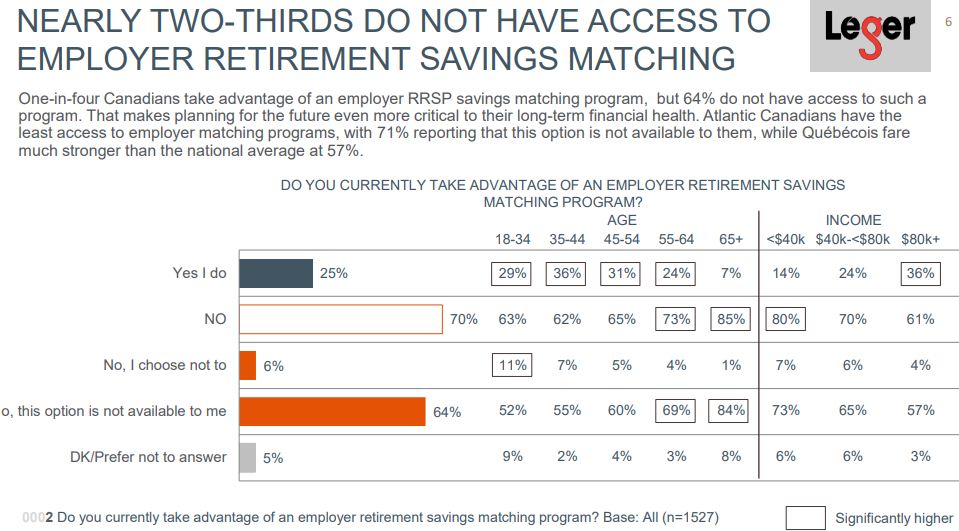 Still another shocking statistic is...two-thirds of Canadians have not engaged the services of a professional financial planner. Some of the reasons behind this decision? Trust, embarrassment over one’s financial situation, which also segways into the notion that your portfolio isn’t big enough. 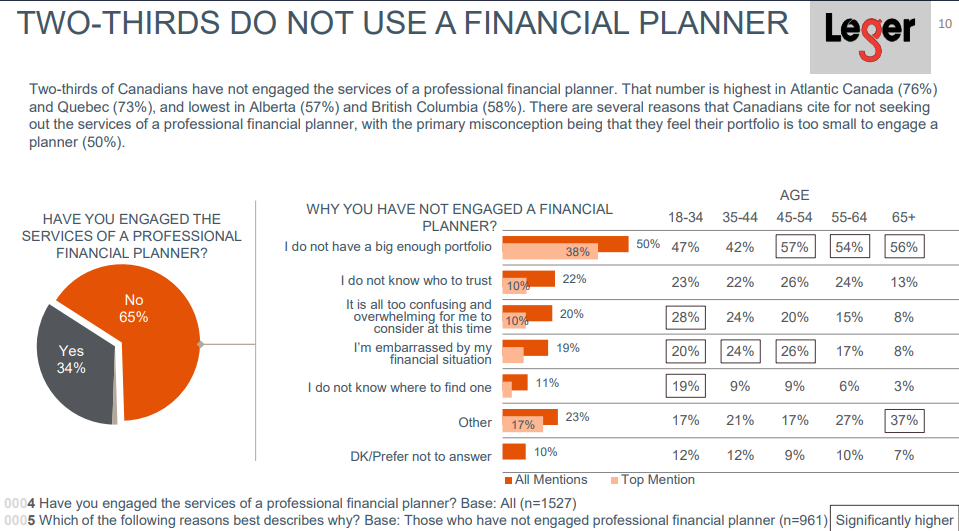 A good chunk of Canadians without a financial planner say it is too overwhelming and confusing, as well as not knowing who to trust.

Here are some other findings from the report: