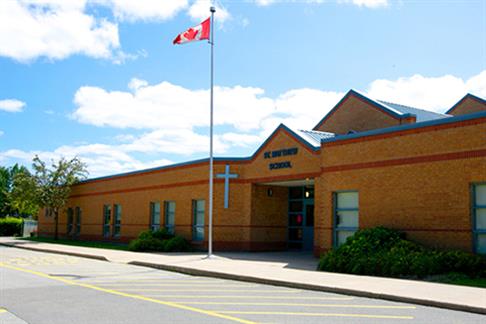 Firefighters and police are on the scene at two central Mississauga schools in response to separate calls.

No injuries have been reported in either incident, according to Peel Regional Police, who don’t yet know if the incidents at Fairwind Senior Public School and St. Matthew Elementary School are related.

Mississauga firefighters within the last hour responded to Fairwind Senior, located at Fairwind Drive and Wendron Crescent, after smoke was reported in the school.

Students were evacuated, and all were safely accounted for, according to police.

Firefighters believe the smoke might be from fire extinguishers being set off inside the school.

About 30 minutes later, at about 1:30 p.m., firefighters responded to a fire alarm at nearby St. Matthew, located at Kingsbridge Garden Circle and Huntington Ridge Dr.

Police say a broken window was found at the school, but there are no injuries reported.

Police say the incidents might be related, but they have not yet confirmed.

Mississauga Fire and police are still investigating the incidents.