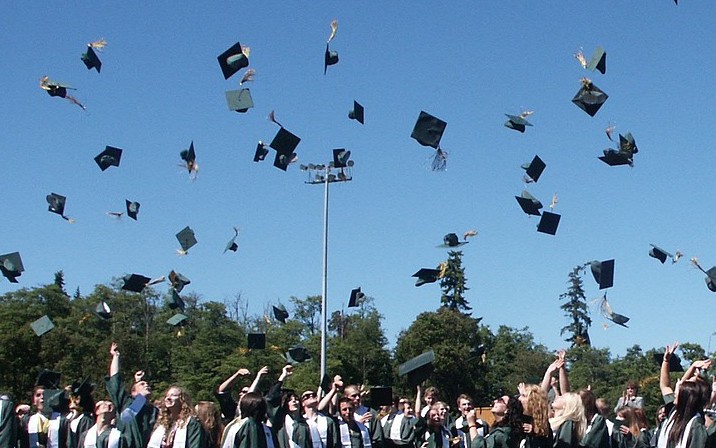 A group of graduating students at a Mississauga high school are calling for an in-person graduation ceremony.

During a press conference last week, Premier Doug Ford, despite advice from the Ontario COVID-19 Science Advisory Table indicating it was safe to return to in-person learning, elected to cancel it for the remainder of the academic year.

The Province announced, due to fears associated with a spike in cases and new variants of the virus, they would instead focus on a safe return to in-person learning in the fall.

However, Ford said school boards would be permitted to host outdoor, in-person graduation ceremonies for grade eight and 12 students moving on at the end of this year.

While it was intended to be a compromise for students who have been struggling due to prolonged isolation and a lack of the daily interaction with their friends and classmates they’re used to, many school boards said they didn’t have the time to properly prepare such events, and announced they would not be organizing them.

In response, a member of the Our Lady of Mount Carmel Secondary School graduating class in Mississauga launched a petition urging the school to organize an outdoor graduation ceremony for the grade 12 students graduating this summer.

“This year’s graduating class of 2021 has had an unfortunate amount of disappointment occur in a year that is supposed to be filled with memorable events,” reads the petition. “Not only have grade 12 students missed out on semi-formal, prom, and now graduation, I believe that we deserve to be together one last time to celebrate our accomplishments.”

Although some have said outdoor graduation ceremonies will give students a small taste of normality, boards have been adamant that there’s simply not enough time to plan such events–especially since public health measures include significant restrictions on outdoor gatherings.

On June 4, Sharon Hobin, the chair of the Dufferin-Peel Catholic District School Board, also said the presence of the Delta variant–which is thought to be more transmissible–makes gatherings too risky in Brampton, Mississauga and Caledon.

We have the most Delta variant here in Peel. But now we are not receiving enough vaccines. A 4th wave is imminent according to Dr. Loh. Thanks to our Mayors Crombie, Brown and Dr. Loh for speaking out. But it is ok to have outdoor ceremonies for our grads! @DPCDSBSchools

All that said, some students believe outdoor ceremonies (COVID-19 transmission is significantly less likely in outdoor settings) are in order after a tough year.

“I believe that grade 12 students deserve an outdoor, socially distanced graduation ceremony. Hopefully, if we show the school board that we care, we can enjoy one last high school gathering,” the petition reads.

At the time of publication, 384 people have signed the petition.