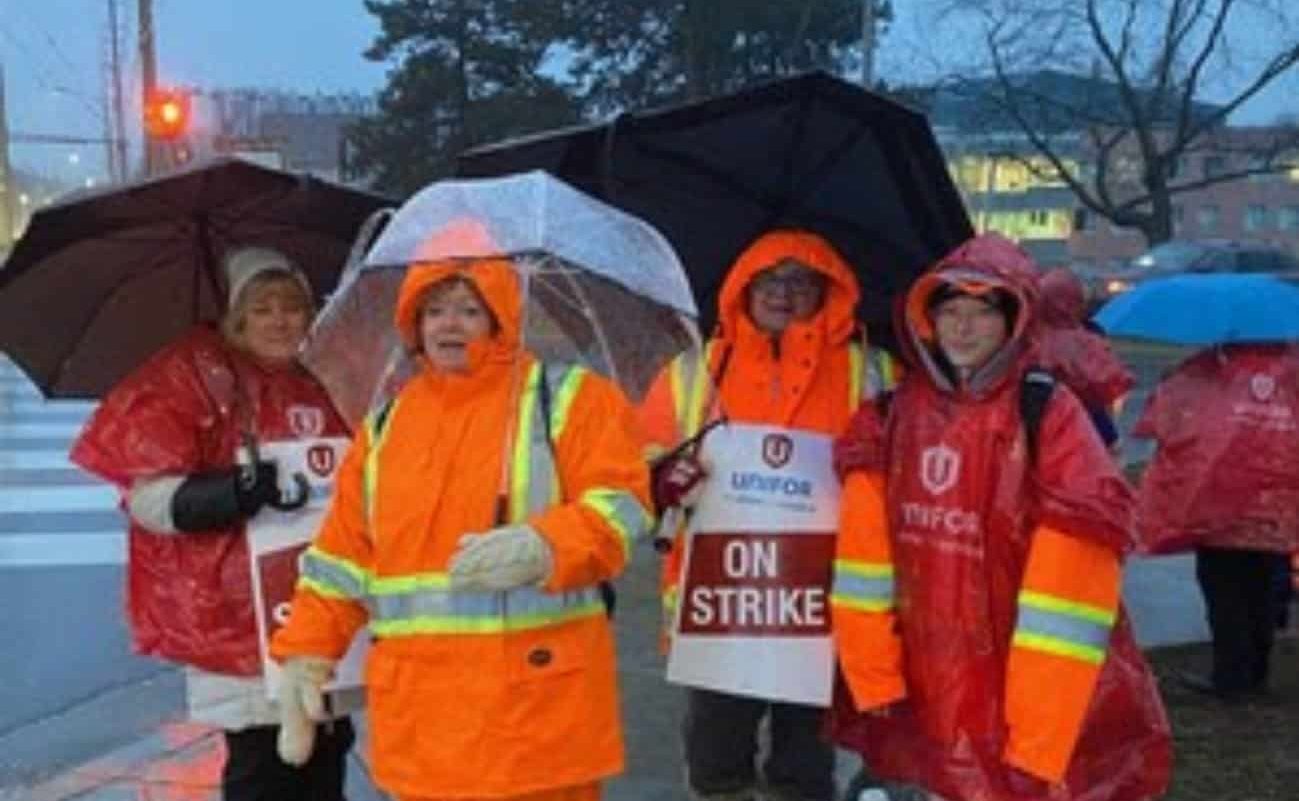 The Durham College food services workers currently on strike to demand a living wage have garnered the support of their union’s Ontario council and national president.

The 90 members of Unifor Local 462 launched the strike on November 28. The members work for Chartwells, the largest in-school food services company in Canada.

The Chartwell workers make little more than minimum wage and are the lowest-paid workers on campus. Their last contract expired on December 21 following an extension. As a result, the workers have been without a contract for nearly a year.

The union had pushed for wages, health benefits (particularly dental) and paid sick days and turned down an offer from Chartwells they found insufficient.

“At a time when COVID, the flu and other viruses are prevalent, these members are without sick days,” said Local 462 President Andrew Kellman, “They have none. If you’re going to ask people to stay at home if they’re feeling ill, you have to pay them. In terms of wages, any new employees are just above the $15.50 per hour mark and these members always get laid off at Christmas, normally, when classes are on a break. They deserve respect and not have to worry before the holidays.”

Chartwells brought forth a better offer but rescinded it at the last minute before Unifor could assemble its members. The company said it needed permission from Durham College.

As Chartwells is a third-party contractor the College has no involvement in the negotiations.

Unifor National President Lana Payne said, “Our members need a living wage and Unifor will support them in every way we can.” A group of striking workers attended Unifor’s recent Ontario Regional Council where they received a standing ovation.

This is the second strike at Durham College this semester. Just as fall classes were set to begin, the campus’ cleaning staff contracted through GDI services, went on strike.

They too had been without a contract since December 2021. Like the Chartwells workers they made little more than minimum wage with Unit Chairperson Theresa Grabowski saying “Our pay is so insultingly low, it’s not enough to survive on. People are shocked to learn that Durham College has contacted a company that pays us poverty wages to keep their classrooms clean and healthy.”

GDI Services ultimately brought in scab workers and locked out their striking cleaners to round criticism before a deal was struck.