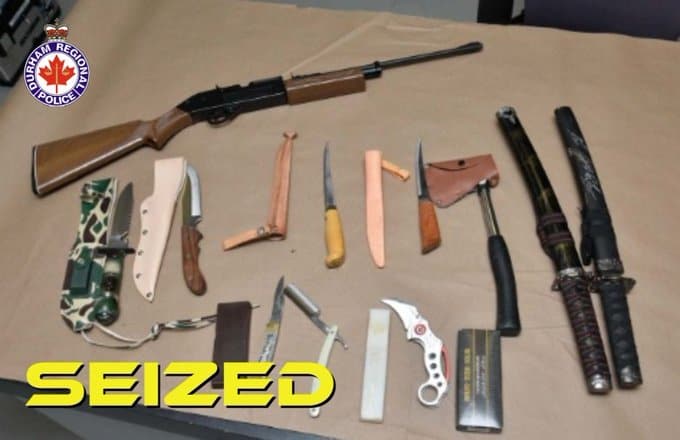 Members of Central East Division Community Resource Unit were out on a foot patrol in the downtown core of Oshawa when they observed a male sitting outside a stairwell of Centre Street with two samurai swords on his lap. The suspect was taken into custody without incident and police seized several knives, two samurai swords and an imitation firearm.

Robert Scott, 36, of Oshawa is charged with fail to comply with probation order and possession of weapons dangerous to public peace.

Anyone with new information about this investigation is asked to contact Cst. Marriott of the Central East Division Community Resource Unit at 1-888-579-1520 ext. 5200.