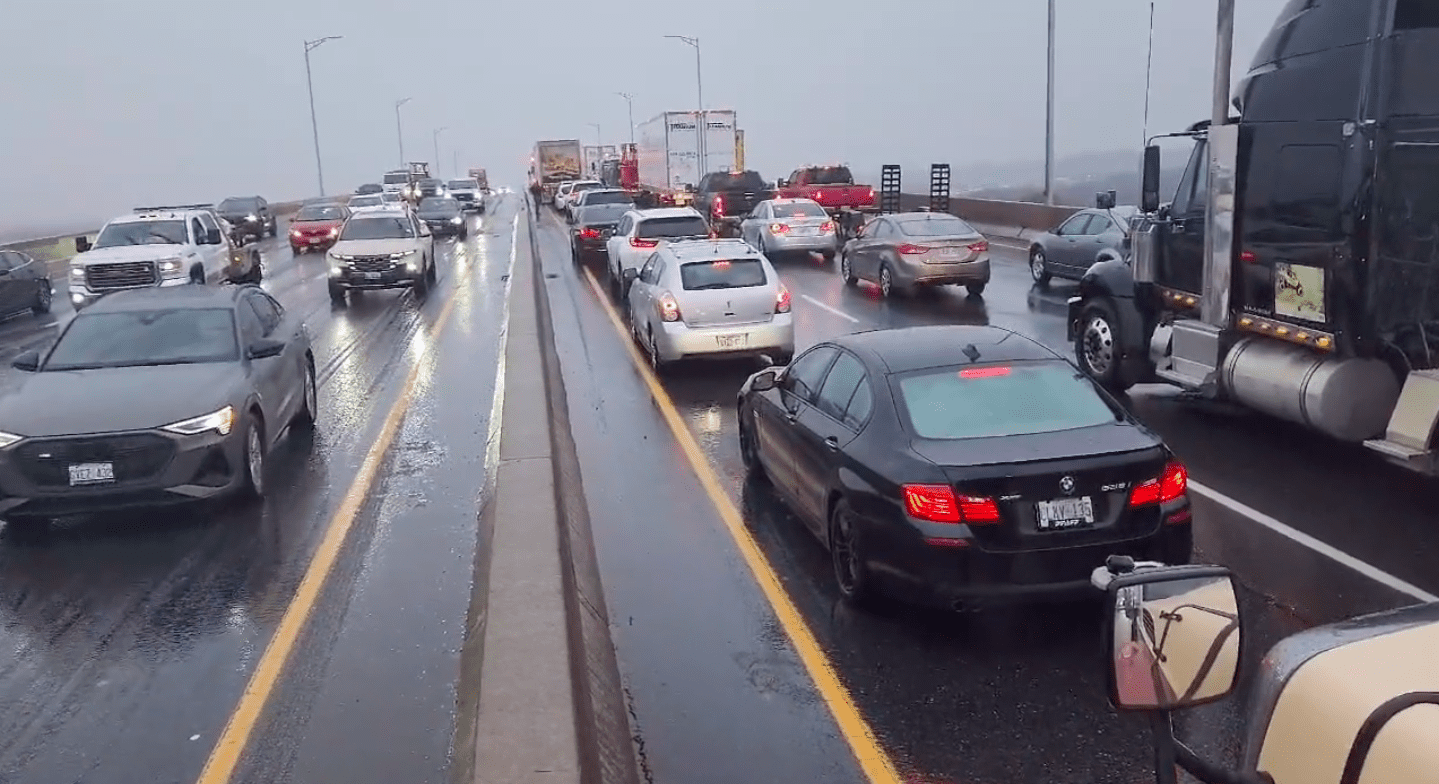 As southern Ontario continues to weather a bombardment of snow, sleet and freezing rain, one of the first areas to get hit by the storm has reported traffic chaos on the St. Catharines Skyway bridge.

Shortly before 11 a.m. on December 15, the OPP reported the Skyway was “an absolute sheet of ice” completely stopping traffic. OPP Highway Traffic media officer Sgt Kerry Schmidt was trapped on the bridge as he made his report.

He reported his police truck was trapped way down the bridge from where he was standing, saying “We’ve got major problems.” Schmidt had walked through the stopped cars up to a salt truck, equally trapped behind a long line of cars.

The truck had been sitting stuck in traffic for around an hour and a half according to Schmidt. “He can’t go anywhere because traffic in front of him is dead stopped.”

The hold up was a result of two transport trucks just over the crest of the bridge. So much ice had built up the two trucks were jackknifing out of control when they tried to descend. “It is so slippery they can’t get down. They are sliding everywhere they go,” Schmidt said.

Schmidt demonstrated how slippery the road was by carefully “skating” down the road in his shoes. “It’s an absolute sheet of ice,” he said, “and it wouldn’t be if the salt was on the ground but the salters can’t get anywhere because there’s too much traffic.”

“If you don’t need to be out, today’s the day, please stay home.Wait for the system to pass,” he said, “We’ve got crashes all over the place right now.”