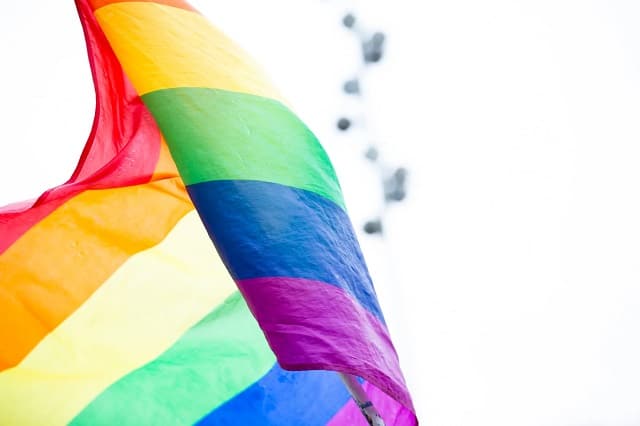 A leader of a Hamilton social justice agency has shared audio of an abusive phone call he received after asking the area’s Catholic school board to reconsider its choice not to fly a rainbow flag during Pride Month.

On Tuesday, Kojo Damptey of the Hamilton Centre for Civic Inclusion (HCCI) posted to Twitter the audio of a phone call he received from a woman. One day earlier, the HCCI had written to the Hamilton-Wentworth Catholic District School Board, asking it to reconsider its decision not to fly the rainbow flag during Pride Month.

During the course of the exchange, the woman tells Damptey to “cut it out, or I’m going to spread lies about you,” while adding, “Pride flags don’t decrease discrimination, Einstein.”

The caller, who claimed to have experience testifying before the Ontario Human Rights Tribunal, called Damptey “a predator” and used several misogynistic terms before adding, “stop attacking the Catholics.” Speaking loudly, she claimed that the HCCI and Damptey’s letter contained “a bunch of garbage you cannot prove.”

The letter made note that Pride Month is “a time to remember the instances where Canada and many institutions such as schools and churches have discriminated against 2SLGBTQIA+ communities,” and lists several that occurred in Canada between 1969 and ‘95. All of the instances cited in HCCI’s letter refer to court and human rights code decisions, and not physical violence.

We get this from time to time. We put it up because she said she was recording the call and that she was going to spread lies so we shared this before she goes around telling a different story of what transpired over the call.

Regarding the HWCDSB, Damptey wrote that, in HCCI’s experience, the board  “has not shown a clear understanding of issues around anti-oppression and anti-racism.”

At least eight Catholic school boards in Southern Ontario are flying a rainbow flag this month, including the Toronto Catholic District School Board. The Durham, Niagara, Waterloo and Wellington regions also have schools raising the flags.

Ontario, along with Alberta and Saskatchewan, is one of three provinces with a publicly funded Catholic school system.