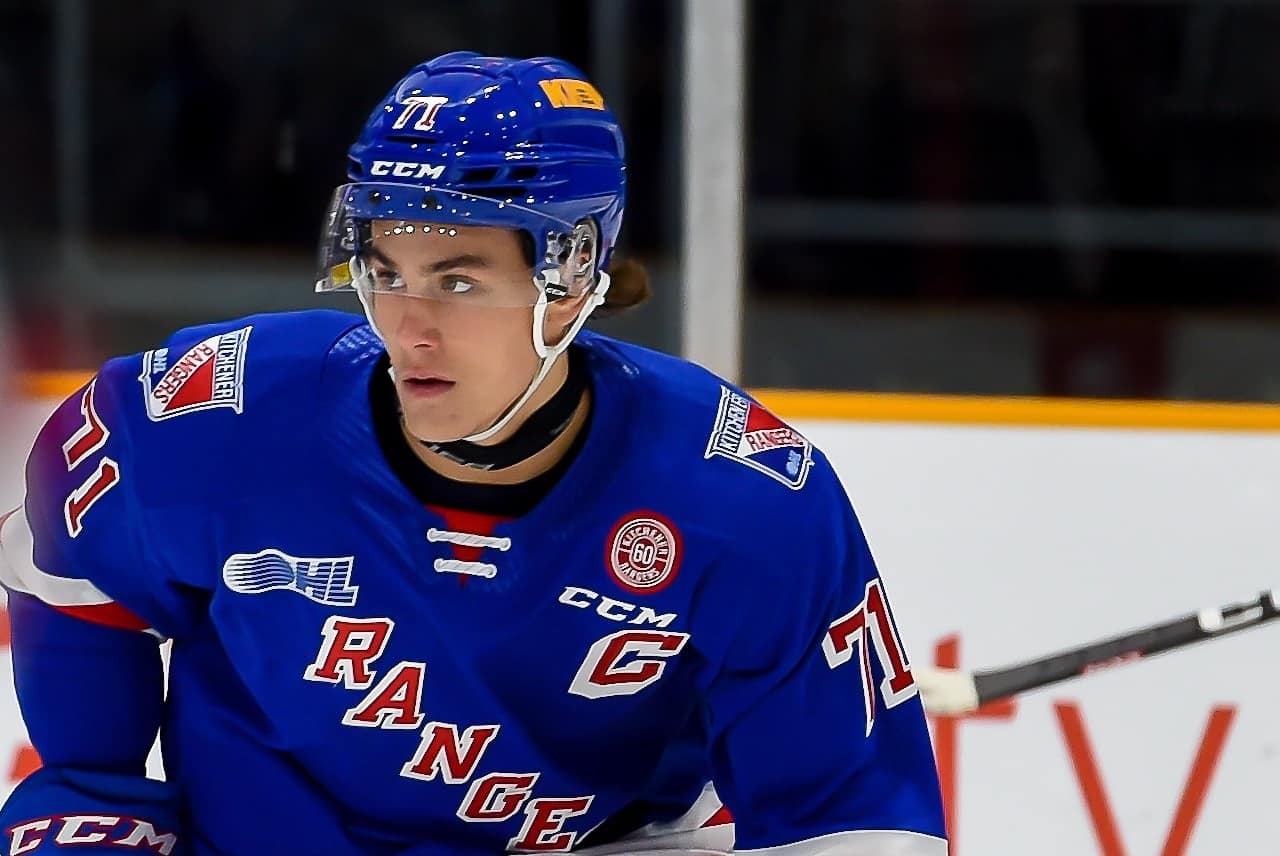 Francesco Pinelli had a Demember to remember, which paid off in the Stoney Creek puck-chaser earning player-of-the-month recognition in the Ontario Hockey League.

The 19-year-old Los Angeles Kings prospect, who is captain of the Kitchener Rangers, received the honour after racking up eight goals, 13 assists and 21 points in nine games last month, along with a plus/minus rating of plus-12. Pinelli spurred Kitchener to a .700 point percentage (6-2-2-0 record) last month, helping the Rangers improve their playoff position in the Western Conference.

Highlights of Pinelli’s point binge included at a hat trick against the rival Guelph Storm on Dec. 3, and a run of games just before the holiday break where he had 11 points in three games. Pinelli had at least two points in six out of the nine games he appeared in last month. Pinelli, for the season, has 21 goals and 43 points across 27 games.

Pinelli signed an NHL entry-level deal last April with L.A., which chose him in the second round (42nd overall) in the 2021 draft.

The 6-foot-1, 185-pound centre is not even the only member his family who is the leading point-earner on his OHL team. Luca Pinelli, Francesco’s brother, shares the scoring lead for the first-overall Ottawa 67’s, with 39 points in 33 games. The younger Pinelli has been selected for the CHL-NHL Top Prospects Game, an NHL draft showcase which takes place in Langley, B.C., on Jan. 25.

Pavel Mintyukov (Saginaw Spirit, Anaheim Ducks) was named defenceman of the month for the third time in a row, which is an OHL first. Anson Thornton (Barrie Colts, Arizona Coyotes) was named goaltender of the month, and Saginaw defenceman Zayne Parekh earned the nod as rookie of the month.