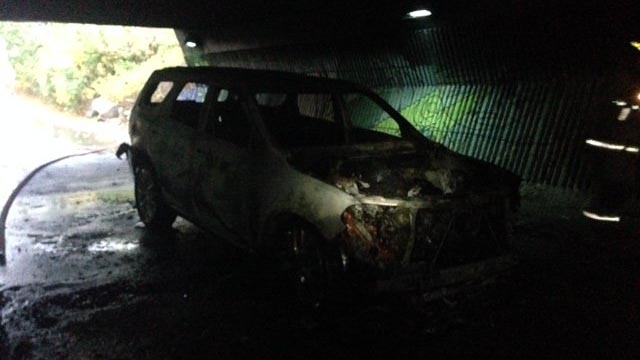 A police chase that started in Brampton resulted in a car burning under a bridge in Mississauga.

Around 10:00 p.m. last night (Oct. 28), a confrontation between police and the driver of a stolen car occurred at the 22 Division Peel Regional Police station on Hurontario in Brampton. According to a source, a shot was fired over the course of the incident.

According to CP24, police determined that the car (and it does not appear they know why it was in their parking lot) was stolen.

After the confrontation, Peel police pursued the vehicle on the 407 with assistance from OPP officers, but did not manage to catch the suspect.

At about 8:30 this morning (Oct. 29), Peel police reported that they were in the Glen Erin/Meadowvale Town Centre area with a burnt vehicle. They confirmed that the vehicle in question was the stolen one that was involved in the shooting and pursuit the night before.

At this point, it appears the driver is at large.