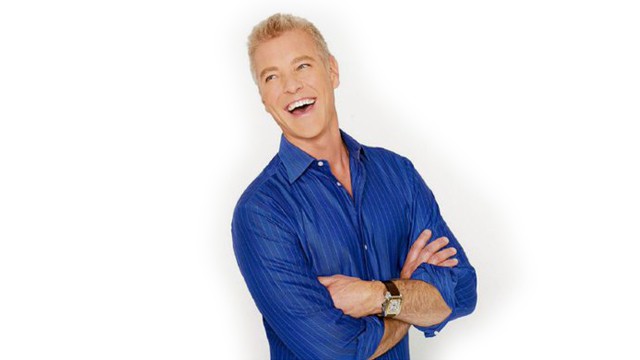 On Aug 3, 2015, acclaimed designer and infectious TV personality Chris Hyndman was found without vital signs in a laneway near the Toronto home he shared with his long-time business and romantic partner, Steven Sabados.

The news came as a horrific shock to everyone — especially Hyndman’s partner. Telling CBC’s Heather Hiscox, “that night was just a tragic accident that shattered my life,” the surviving half of the popular design due took an almost 10-month break from the spotlight.

Prior to the untimely tragedy, Hyndman and Sabados co-hosted the popular CBC-TV design program Steven and Chris. The pair also operated a design and decorating brand simply known as S&C.

Now, after almost a year of silence, Sabados has returned to public life to talk to the CBC about Hyndman’s tragic death (the exact cause of which has never been disclosed) and chat about some upcoming television and design projects. He also gave a light, fun and instructive talk at the recent Canadian Furniture Show (CFS) — an industry-exclusive trade show that takes place once a year at Mississauga’s International Centre.

A year prior to Sabados’ most recent appearance (the first since Hyndman’s death, according to show organizers), the designer appeared at CFS with Hyndman to talk shop with industry insiders and consumers. Although there were no members of the public at this year’s event (show organizers decided against holding a second public day), Sabados still appeared to give retailers and manufacturers a look at what’s new and hot in furniture and décor.

Appearing on stage with Cheryl Grant — the talk’s fun and gregarious moderator — a bespectacled Sabados looked stylish and energetic with a vibrant orange shirt, dark blazer and jeans.

Sabados and Grant took about 45 minutes to walk attendees through a little lesson on “what’s in, what’s out and what’s hot.”

As for what’s out (or going out, rather), Sabados and Grant said that trends on the chopping block include the colour grey (although Sabados said the S&C brand is still offering a decent amount of grey products) and all white interiors (Sabados said these just aren’t practical for 99.9 per cent of people).

As for what’s in, Sabados and Grant sang the praises of neutral pastels that are “natural, usable and sweet.”

In a surprising twist, Sabados announced that people are seeing a departure from rustic wooden looks in favor of a shift towards glossy, glamorous pieces and accessories. Calling the new trend “bold glamor,” Sabados said the look is energetic and big in fashion circles. So, if you’ve always wanted a hot pink button tufted bench, now is the time to get one.

Rough and primitive surfaces are falling out of fashion and mid-century modern and faux-vintage looks also appear to be losing their luster.

While you can take or leave that design advice, it might still please you to know that the surviving member of the fun and energetic Steven and Chris due is doing well and engaging audiences once more.

Sabados will be returning to the CBC this fall in a new lifestyle series. He’s also launching a new website for the S&C brand.

Welcome back, Mr. Sabados. It was an honor to see come out to chat with national and international business people and designers in Mississauga.