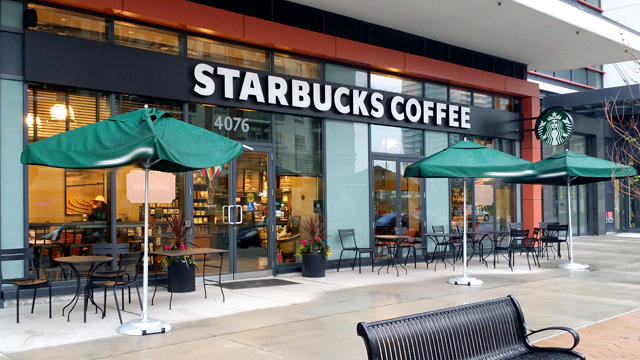 If you’re the type of coffee drinker who likes to customize your non-dairy beverage, Starbucks is making it a little easier for you to do so.

Starting today (Jan. 10), the brand’s Almond Beverage will be available in over 1,300 stores across Canada as another non-dairy alternative (you can also order soy and coconut milk beverages).

According to Starbucks, the new drink is the result of customer feedback and requests.

“We are committed to continued beverage innovation and part of that is listening to our customers,” says Peter Bond, director of category brand management, Starbucks Canada. “We heard from customers that offering non-dairy alternatives is important to them, so we are excited to introduce our rich, creamy Almond Beverage that complements all of our handcrafted beverages, hot and cold, to Canadian stores.”

According to the brand, the Starbucks Almond Beverage boasts a “light, nutty flavour” that pairs well with espresso and flavoured syrups. It will be available for use in all Starbucks drinks, including hot, iced and Frappuccino concoctions.

Since more independent and smaller-scale cafes have introduced multiple dairy alternatives, it makes sense that Starbucks would join the fray–especially since it’s always invited customers to customize their beverages fairly liberally.

While the move might not seem too drastic–especially considering the fact that Starbucks has offered soy and coconut milk for some time–it is nice to see another non-dairy flavour profile hit the floor at a mainstream cafe.

Almond-milk based beverages will cost customers an extra 70 cents.