Starbucks Has Launched an Innovative New Program in Mississauga

At a time when the cost of living is high (housing and food costs are becoming an incredible hardship for large swaths of residents), food should never be wasted.

Fortunately for those who struggle with hunger and food insecurity, Starbucks recently announced that it will be donating its unsold food products going forward.

The company says it's launching Starbucks FoodShare in Canada, a global food donation program that provides ready-to-eat and healthy meals to those in need. Once active in all 1,100 company-owned stores in Canada, the program will provide more than 1.5 million meals annually. 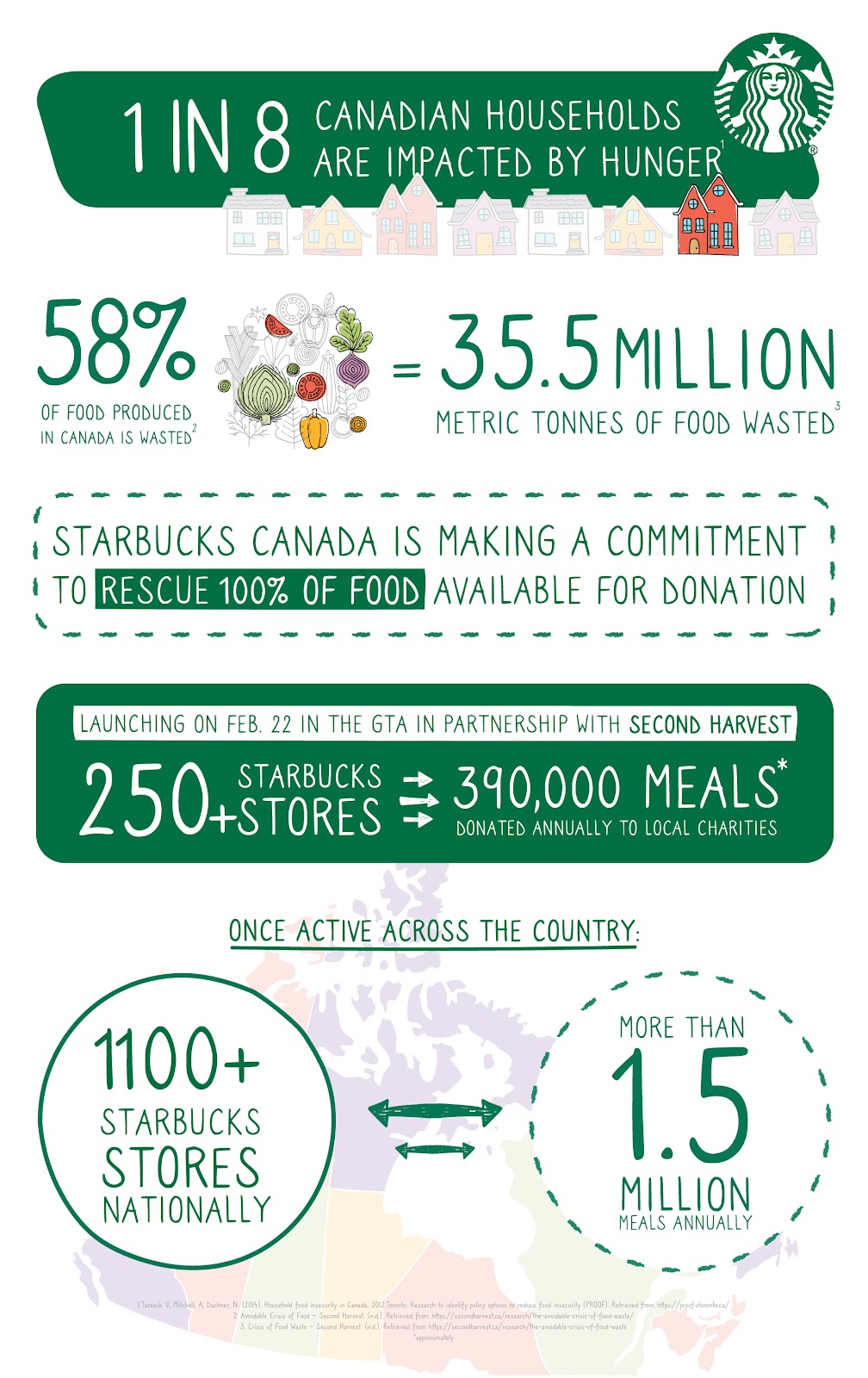 Building on a pilot with Second Harvest, the program will launch in Ontario starting with more than 250 stores in the GTA by February 22.

Starbucks says it's actively working to expand the program and hopes to have a national solution in place by 2021.

"Wasted food is a wide-scale problem for everyone in the food business, while more than 4 million Canadians are impacted by hunger," says Luisa Girotto, vice president, public affairs, Starbucks Canada.

"This is unacceptable, and we will help solve this now that we have a way to safely donate chilled, perishable food, while preserving its quality."

Starbucks says it has always donated unsold pastries and baked goods, but will now be able to donate more and varied meals. Now, items such as breakfast sandwiches, paninis, protein boxes, salads, yogurt, milk and dairy alternatives like soy and coconut, can be donated and consumed by those in need.

As far as food safety goes, the company says Starbucks FoodShare has identified guidelines and developed training on maintaining the temperature, texture and flavour of the food so that it can be safely consumed. In turn, Second Harvest will work with local community groups across the province who will collect the food to ensure food safety standards are met.

The move also addresses food waste, which is a growing problem. In Canada, it is estimated that nearly 60 per cent of all food produced is lost and wasted annually, according to a recent study titled The Avoidable Crisis Of Food Waste.

To limit the effects of climate change, the United Nations has set a target of halving food loss and waste by 2030.