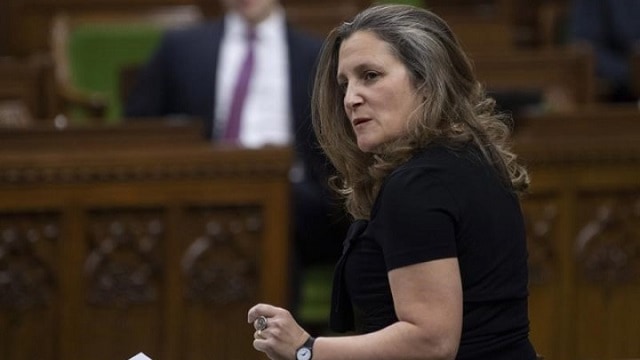 The stage is set for arguably the most important federal budget in recent memory, as the Liberal government prepares to unveil its plan for Canada’s post-pandemic recovery even as a third wave of COVID-19 rages across the country.

Finance Minister Chrystia Freeland will present the budget to the House of Commons on Monday afternoon (April 19), more than two years after the Liberals’ last such spending plan was unveiled.

The differences between then and now can’t be understated, as not only did the Liberals lose their majority government in the interim, but COVID-19 has upended the lives of Canadians everywhere.

While the Liberals have portrayed the budget as their vision for shaping Canada’s economy for a post-pandemic world, they are also facing pressure to better support people and businesses now struggling with the third wave of COVID-19.

The government will also need to reassure Canadians and credit-rating agencies about the country’s soaring debt.

Opposition parties, meanwhile, have spent the past few weeks laying out their demands and will be watching to see whether the government has responded before deciding whether to support the budget or not.

The Liberals need at least one party to support the budget to prevent a snap election, which opinion polls suggest most Canadians do not want at the moment.