Stackhouse to Take Over as Raptors 905 Head Coach 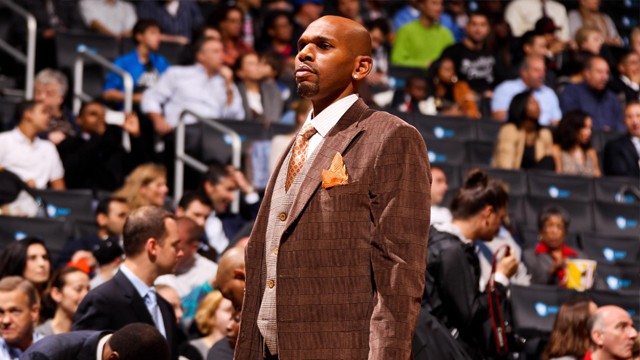 Toronto seems to be a place of new beginnings for Jerry Stackhouse.

The former University of North Carolina Tar Heel was drafted third overall in the 1995 NBA Draft held at the SkyDome, now Rogers Centre. Then the 18-year veteran shooting guard got the call last season to join the Toronto Raptors as an assistant for his first NBA coaching gig.

Now it looks like Mississauga will be another city for new beginnings.

A report from Upside & Motor said that Stackhouse is slated to become the new head coach for the Raptors’ NBA D-League affiliate Raptors 905. Though still unconfirmed by either team, Stackhouse left little speculation when he retweeted the news Monday evening that he would be awarded Mississauga’s top job.

The head coaching spot opened up after former Raptors assistant coach Jesse Mermuys left the 905 after their inaugural season to be the second assistant for Luke Walton and the rebuilding L.A. Lakers. But the Raptors 905 would be getting a coach in Stackhouse with plenty of experience at all ends of the floor, bench and in the business.

After retiring from the game in 2013, the two-time All-Star has been an NBA TV analyst, an AAU head coach, NBA assistant and had the chance to cut his teeth as a head coach in the 2016 NBA Summer League. Needless to say that Stackhouse has kept busy and he has been vocal about his goal of becoming an NBA head coach. A stint in the D-League is certainly a step in the right direction with a core that he’s familiar with in Bruno Caboclo, Bebe Nogueira, Norman Powell and Delon Wright (shoulder surgery aside).

The Raptors 905 play out of Mississauga’s Hershey Centre. The team’s second season kicks off in November with the official schedule still to be released.