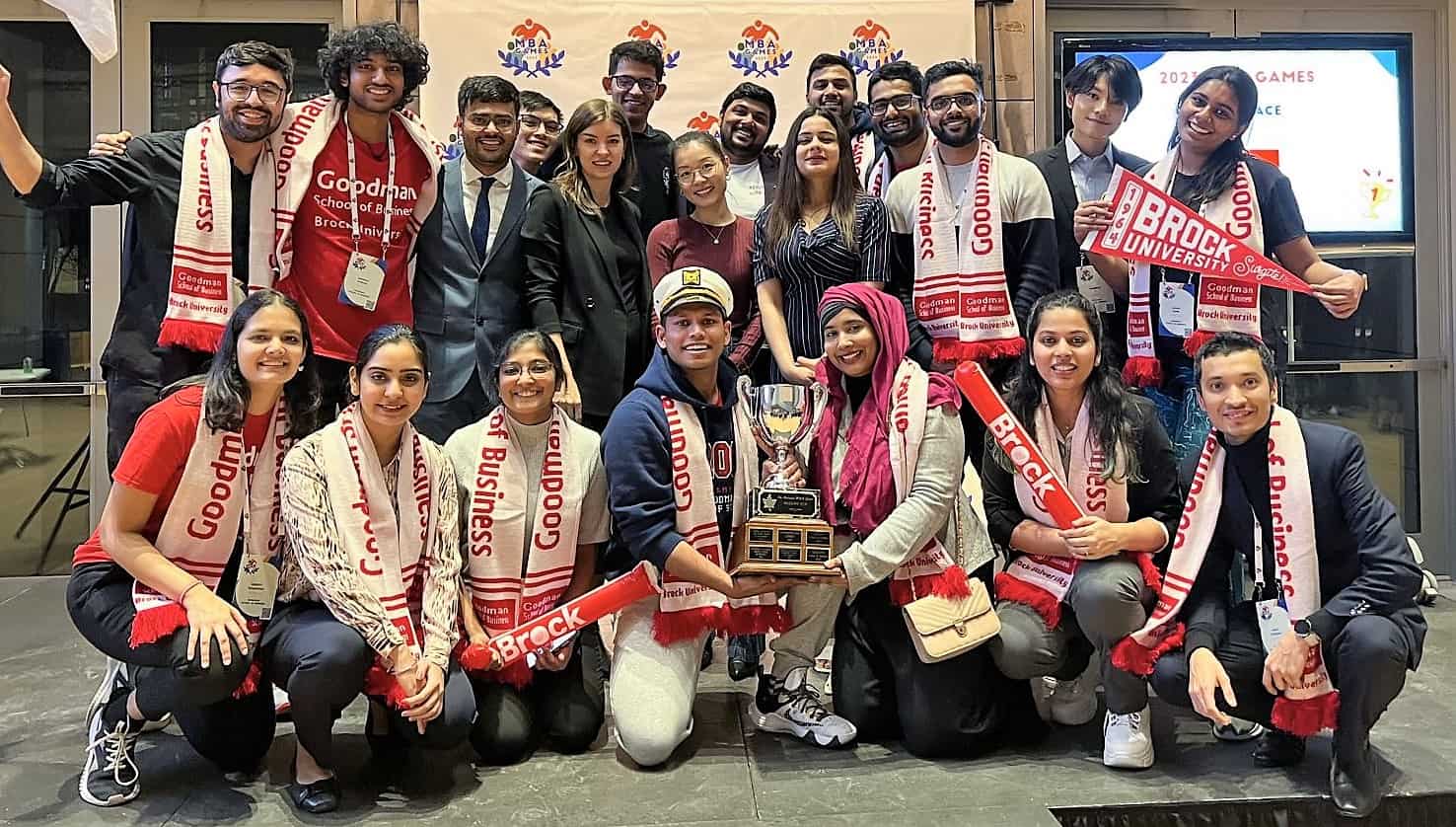 Members of Brock University's Goodman School of Business' winning MBA Games team pose with their trophy after being crowned winners of the competition on January 8.

There’s one more cup for the Brock University trophy case but in this instance, this hardware has never been there.

For the first time in the event’s 33-year history, the MBA Games Queen’s Cup is heading to the campus after a team of 16 graduate students representing the Goodman School of Business brought home the top honour last weekend.

Considered to the largest Master of Business Administration competition in Canada, the event brings together the best of academia, industry and community.

“We are thrilled to create history for Goodman by bringing the trophy to Niagara for the first time,” Mostafiz said. “It has been a privilege to co-lead a diverse team of 16 brilliant individuals who displayed their diligence in every phase of the Games.”

“Each result in the academic, sport and spirit categories contributed to their overall success and built pivotal leadership and teamwork skills that they will take with them when they leave Goodman.”

The team finished third overall in both the academic case competition and athletic events but also finished first overall in the spirit category, which included a team video, dance performance and social media challenge.

The Goodman team was paired up with the Ted Rodgers School of Management at Toronto Metropolitan University and together, they raised more than $16,000 for Future Possibilities for Kids — a GTA non-profit that helps teach children self-belief and how to create community change.

Maruri was recognized by his team as both the team MVP and most spirited delegate, but was quick to credit the dedication of the entire team for their success.

“It was definitely the contributions of each and every individual who were part of the team,” he said. “We have developed lifelong bonds and friendships and the team spirit we showed was recognized by all of the other schools throughout the Games as well.”