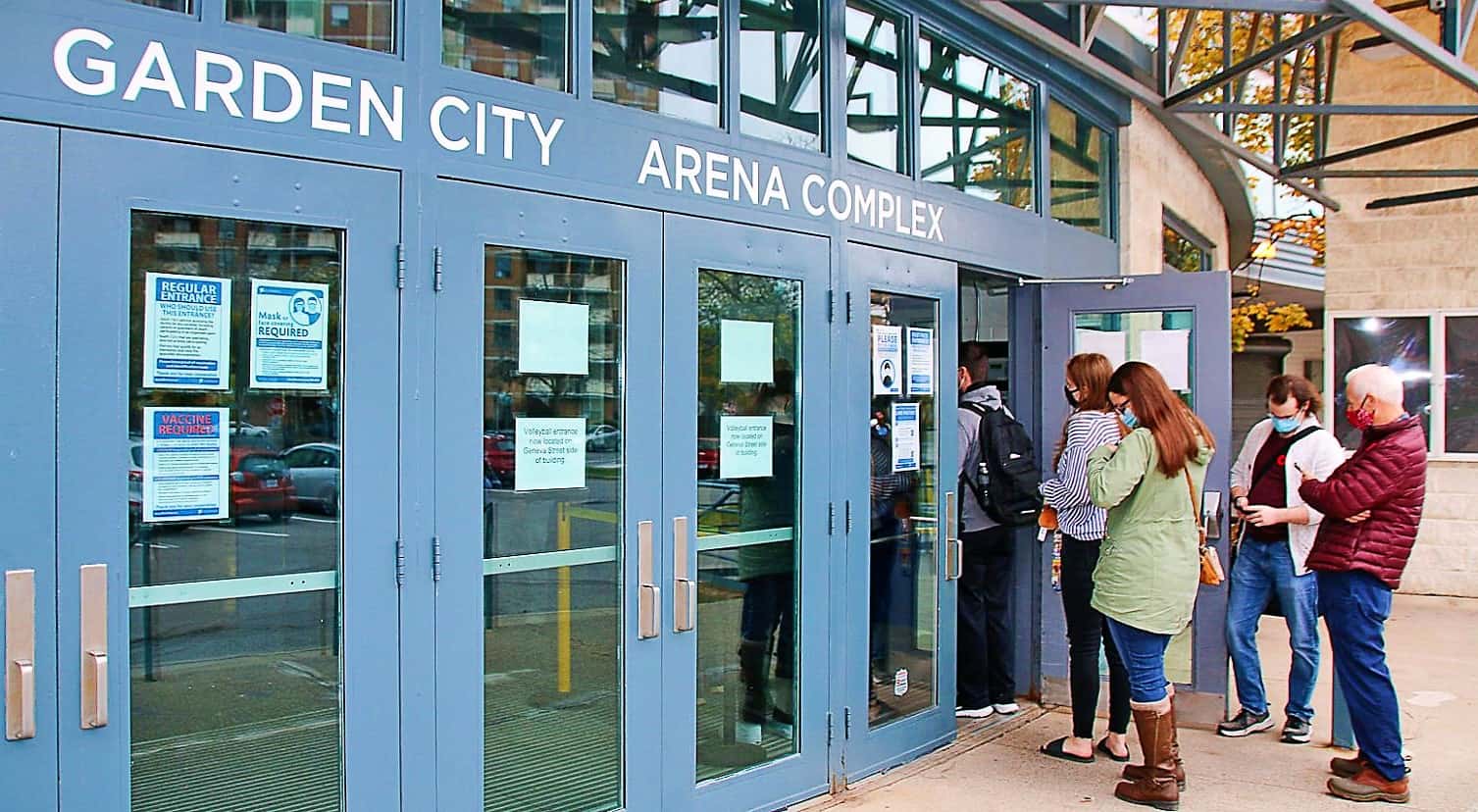 The complex houses two arena pads – the Jack Gatecliff Arena, which was home to the Niagara IceDogs from 2007 to 2014 and the smaller Rex Stimers Arena. The original section was constructed in 1938, and was named the Garden City Arena.

After opening on December 20, 1938, it had in the past housed every major Junior hockey team ever to wear a St. Catharines jersey. And that list is extensive.

In the 1940, it was first home to the St Catharines Falcons who in 1947, became the St. Catharines Teepees. The Teepees ruled the roost until 1962 until they were renamed the Black Hawks, a nod to the facts that they were Chicago’s farm team.

Despite the name changes, the team belonged to the Ontario Hockey Association, a precursor to the present day OHL.

The Black Hawks stayed until 1976 when the St. Catharines Fincups took over the area for one season – 1977 to 1978. The St. Catharines Saints of the American Hockey League called Garden City home from 1982 to 1986 until finally the Niagara IceDogs came over from Mississauga and skated there for seven seasons.

But to the city, the Garden City Arena meant more than just hockey, also hosting lacrosse, figure skating and public events Due to that, the city is hosting a handful of events before it gets shut down.

“With the downtown facility set to be decommissioned ahead of the opening of the new Canada Games Park, the City is preparing a proper send off for the facility that has welcomed amateur skaters, lacrosse players and pro athletes since 1938,” said the city.

“The event, Goodbye Garden City Arena, on May 14 will be a chance for residents to enjoy the facility one last time, share memories of their time spent on the ice, sign up to preserve a piece of the facility, and say farewell.”

They added that residents can hit the ice of the complex’s Jack Gatecliff Arena with a Farewell to the Jack Public Skate from 9 a.m. to noon. Skates will take place in one-hour blocks and registration ahead of time is recommended due to capacity limits on the ice.

If you’re a fan of authentic souvenirs, perhaps you might be interested in buying one of the arena’s seats.

Said the city, “Those interested in keeping memories of the arena alive can also sign up to purchase one of the arena’s spectator seats. Participants can register to purchase a seat from the facility between April 29 and May 21.”

They added costs will depend on volume of requests and will be provided after registration concludes.

For a full list of the final day’s events – and a chance to own a piece of history – check out the city’s link HERE.