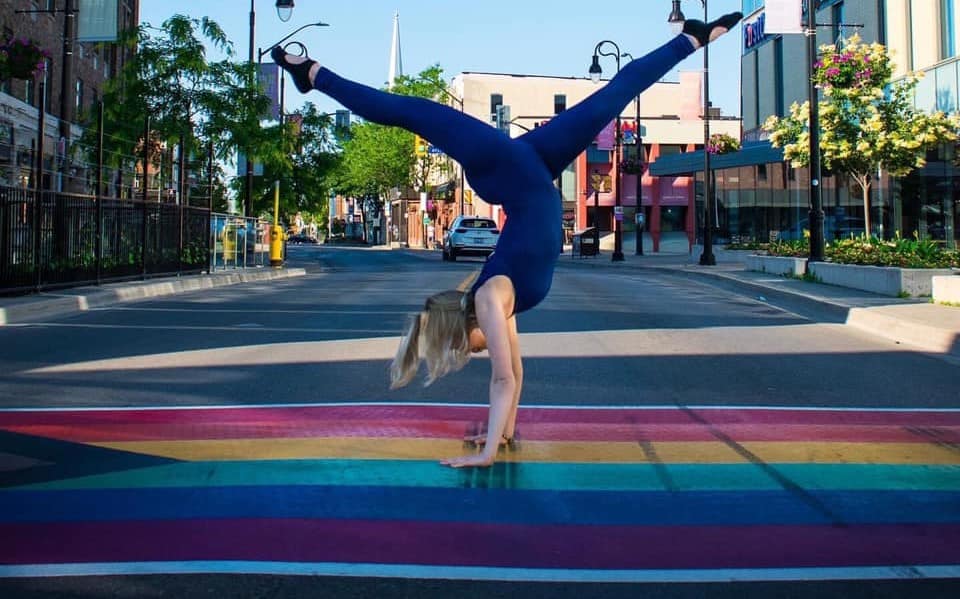 It was only created on June 2 but it took less than two weeks for someone to deface the new Pride Crosswalk in the Merritton area of St Catharines.

On his Facebook page, St Catharines Mayor Walter Sendzik expressed serious concern over the act, adding that the City would repair it as quickly as possible.

“I’m disheartened to be writing this update, but here we are. Sometime over the last few days, the brand new Pride Crosswalk downtown was intentionally defaced,” he wrote.

“This kind of act is the (reason) why we have Pride month and why we have to continually support the pride community to be seen, visible and supported.”

“I want to repeat my support to the LGBTQ2S+ and Pride community in the City of St. Catharines who worked hard with us to get it done. The crosswalk will be repaired as soon as possible.”

“The crosswalk has been defaced intentionally. Unfortunately, this sort of homophobic hate was not unexpected and just reminds us why showing solidarity with our queer community is still so necessary,” Miller said on the Rainbow Cross for St. Catharines Facebook page.

“I am not sharing photos of the damage and it sounds like it will be rectified quickly. Love will continue to win over hate.”

City staff issued a statement about the damage.

“It has been identified that the Pride Crosswalk was defaced at some point over the (June 12-13) weekend. There are small sections of the crosswalk that sustained significantly more damage than others where tire marks wore through the coatings.”

The release continued: “These sections will require repair from the contractor that initially installed the crosswalk. Staff have already engaged with the contractor to try and get it repaired as quickly as possible. Municipal Works staff will try to clean the other sections where it appears to just be markings on the surface and this work could be completed as early as (June 17).”

Sendzik asked residents for help in finding the perpetrator(s).

“Please help us make sure this does not happen again. If you have information about this act of vandalism or camera footage from the area, please contact Niagara Regional Police. Help us ensure that hatred, homophobia and vandalism are not welcome in our community.”

“This Pride Crosswalk is a symbol of inclusion and acceptance for everyone. It is really hard to understand why anyone would intentionally do such a thing but here we are.”