St. Catharines, Port Colborne canal bridges to be shut down to traffic 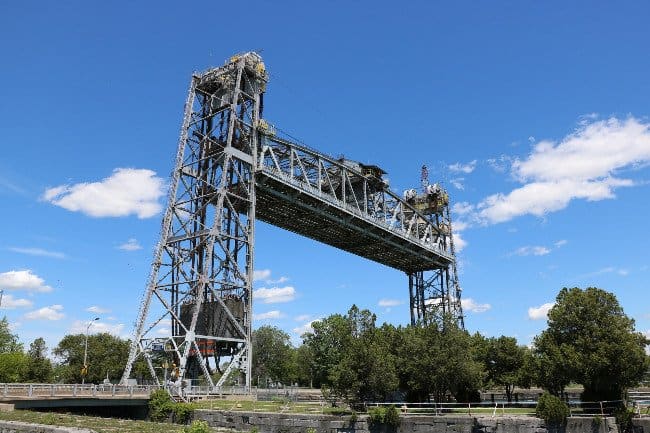 The Clarence Street Bridge in Port Colborne is one of two bridges that will be shut down to maintenance for nearly two weeks at the end of February.

The Welland Canal will see two bridges closed for maintenance in the new year at opposite ends.

On the north end, the Homer Bridge in St. Catharines will see its deck on Queenston Street, which connects St. Catharines to Niagara-on-the-Lake, completely replaced. It will be shut down for more than a month to all vehicle and pedestrian traffic January 23 to March 1.

One month after that, the Clarence Street Bridge in Port Colborne on the southern end of the canal will be closed to all vehicle traffic February 27 to March 10 though one sidewalk will remain open to pedestrians and cyclists during the 12-day span.

The St. Lawrence Seaway Management Corp. said the maintenance was part of their larger $32-million infrastructure investment in the Welland Canal this winter but didn’t specify the costs for these two bridges.

The federal agency, responsible for Welland Canal upkeep, said future improvements were coming but offered up no specifics.

There are eight separate locks, involving lift-bridges, on the 44-km canal which connect Lake Erie to Lake Ontario.