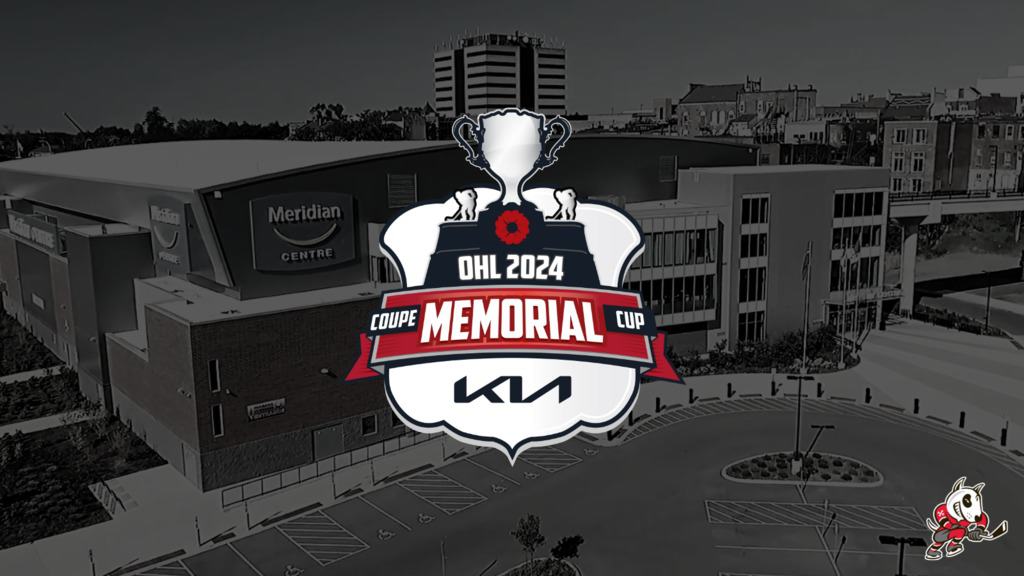 The Niagara IceDogs, who play out of the Meridian Centre in St. Catharines, announced their bid to be the host of the 2024 Memorial Cup tournament today (November 23).

But they’ve got some competition as the Kingston Frontenacs, Saginaw Spirit, and Soo Greyhounds also announced their bids to play host.

With a January 31, 2023 deadline, it could be even more OHL teams bidding on the 2024 finals. The Kamloops Blazers, a BC team who play out of the Western Hockey League, are the 2023 hosts.

With the winning bid being announced in March 2023, IceDogs owner and general manager Darren DeDobbelaer is pumped for the possibility of the tournament being played here.

“We are very excited to bid on this prestigious event,” said DeDobbelaer. “We are very hopeful that we will be awarded this and bring this tournament to the region that so richly deserves it.”

The IceDogs will now work in partnership with the Meridian Centre and the City of St. Catharines to complete the bid process and bring the 10-day tournament to the Niagara region.

The Memorial Cup, one of the most prestigious and coveted trophies in North American sport, has a rich tradition that has shaped the way junior hockey is played in North America.

The IceDogs, two-time Bobby Orr Trophy winners, look to host the tournament for the first time in the organization’s 15-year history.