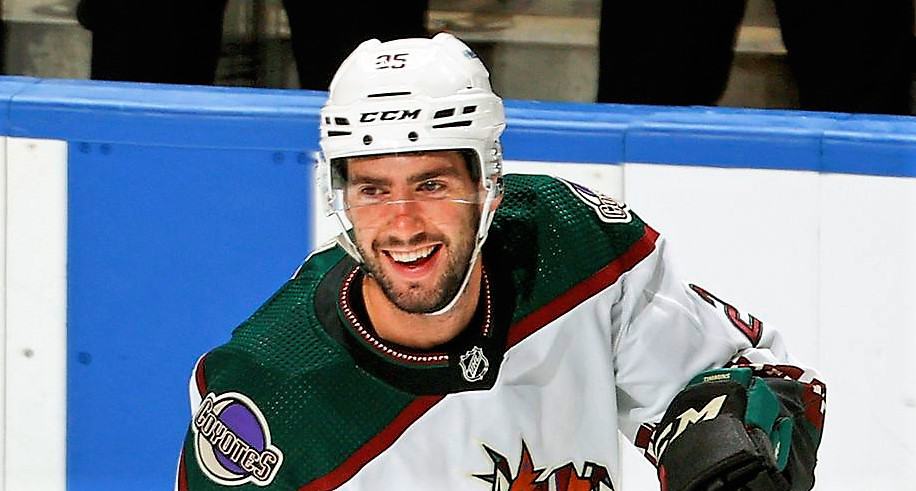 With yet another Leafs defenceman – this time Jordie Benn – out with an injury, Timmins found himself playing the right side of the third defensive pairing with TJ Brodie, who just returned from injury.

From there, he had his best NHL game ever with three assists, pushing his NHL total to 11 assists in a small handful of games with both Toronto, as well as Colorado and Phoenix prior to his arrival here.

On top of that, he got to watch goalie Ilya Samsonov net his second straight shut-out and Mitch Marner extend his point streak to 23 straight games. The winger has 11 goals and 21 assists during his red-hot run that started October 27 at San Jose.

“Incredible,” Timmins, who was acquired from Arizona last month, said of Marner’s streak. “Never gets old.”

Due to a concussion he got in his final year of junior hockey, Timmins has only seen sporadic duty at the major league level, collecting just seven assists through 41 career NHL games split between Arizona and Colorado. He now has four assists as a Leaf in five games.

However, he was a well-regarded player through his time at the junior level, playing for both the Thorold Blackhawks and the St. Catharines Falcons of the Greater Ontario Junior Hockey League.
insauga's Editorial Standards and Policies advertising