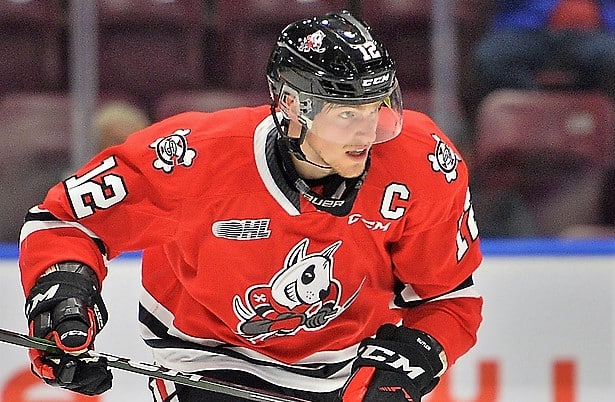 St. Catharines Mayor Walter Sendzik, ever the clear-headed diplomat, issued an statement thanking the previous ownership of the OHL team Niagara IceDogs for bringing the team to the city and graciously welcoming the new ownership yesterday (May 17) at the same time.

However, his welcoming statement to potential new owner, Darren DeDobbelaer, who operates two junior level squads out of Brantford, made one thing clear. Pending OHL approval of the sale, the city would much prefer the IceDogs to stay put at the city’s Meridian Centre.

While the IceDogs have never hoisted a Memorial Cup, it should be noted that the team has the third-highest attendance in the OHL. Their worth to the city – and their many fans – is abundantly clear.

Sendzik knows the value of what current owners Bill and Denise Burke brought into the city as the team first played out of the Garden City Arena before becoming the primary residents at the Meridian Centre.

“Thanks to the Burkes bringing the team to the Garden City, he said, it “allowed us to sit front row to watch NHL stars like Dougie Hamilton and Alex Pietrangelo step on the ice representing our community, while also providing opportunities to watch greats like Connor McDavid, John Tavares, and others, in the formative years of their careers.”

As well, he added, “Bill and Denise (Burke) have brought great pride and memories to our community, including exciting playoff runs and multiple trips to the OHL finals. The passion, energy and enthusiasm they brought to the IceDogs, and their belief in balancing the business with putting a winning team on the ice, has set the bar high.”

As for the potential new owner DeDobbelaer, Sendzik was quick to welcome him to the community but at the same time, noting a strong preference that the team remain in St. Catharines.

“We look forward to working with Mr. DeDobbelaer following OHL approval of the sale,” said Sendzik.

“The City of St. Catharines has made significant investments into bringing OHL hockey back to our community, and it is our collective priority to ensure that the Niagara IceDogs continue to call St. Catharines home for many years to come.”