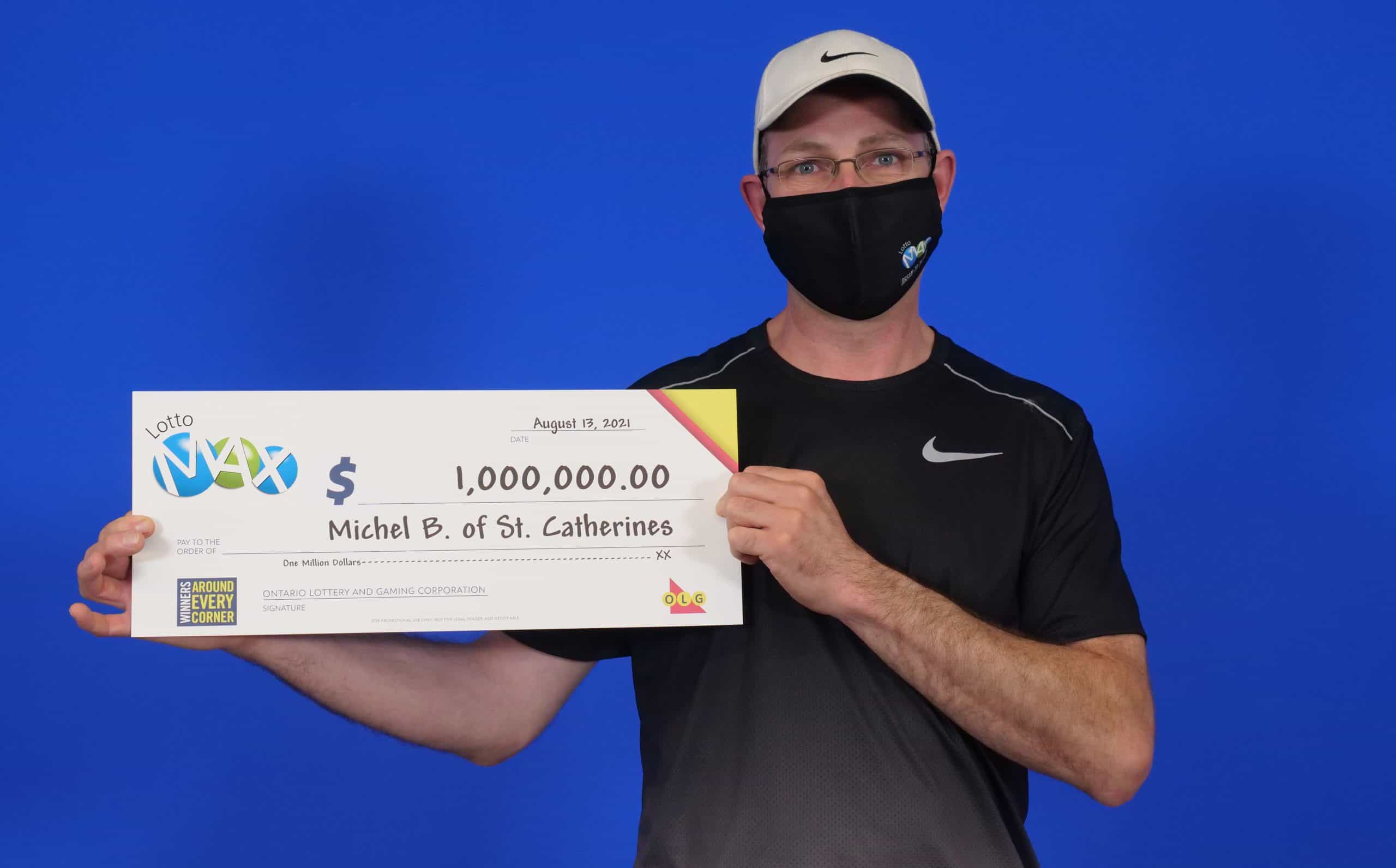 St Catharines resident Michel Bujold was so excited after learning he had won $1 million in LOTTO MAX that he confessed he couldn’t sleep at all that night.

The 48-year-old construction worker said, “I work hard every day and to have this gift is really something else.”

A regular LOTTO MAX and LOTTO 6/49 player, Bujold added, “I always pick my own numbers. I chose the numbers that feel right to me in the moment.”

“I saw Big Winner $1 million and couldn’t believe it at first!” he shared while at the OLG Prize Centre in Toronto to pick up his winnings.

Bujold’s was a MAXMILLIONS winner from the June 22 LOTTO MAX draw and plans to take some time to think about investments for his future, as well as purchase a new car.

His winning ticket was purchased at Milk Maid Shoppe on Merritt Street in St. Catharines.