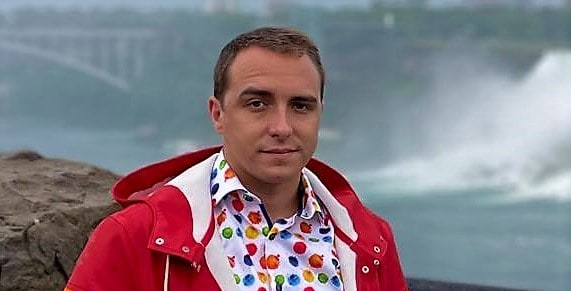 St. Catharines was stunned after it lost its premier voice speaking out for Pride rights issue on New Year Eve.

Liam Coward died suddenly on Dec. 31, leaving a huge void for the LGBTQ2+ community in both the city and Niagara Region itself.

Merrittown Councillor Greg Miller was one of the first to post news of his passing on social media, noting, “Liam Coward was one of the brightest, fiercest, most wonderful people I ever met. His commitment to making St. Catharines and the world a more just place inspired us all. His joy was infectious. I’m shocked that we have lost Liam’s bright light, but I know his inspiration goes on.”

St. Catharines Mayor Mat Siscoe was equally taken aback by the news, noting, “I was saddened to learn over the weekend of the passing of Liam Coward, a young man active in politics here in St. Catharines and a committed social justice activist. While Liam and I differed in some areas of politics, we found common ground regularly, and his passing is a shock to both me and the community.”

Siscoe continued, “My heart goes out to his partner, family and friends for their loss. Liam’s presence and contributions will be missed but his memory will be an inspiration as we move forward in our efforts to build a more just community.”

Knowing they had lost one of the brightest lights and steadfast warriors, Pride Niagara was devastated by Coward’s passing.

“On behalf of everyone from Pride Niagara, it is with the heaviest hearts we mourn the loss of Liam Coward, an incredible LGBTQ2S+ activist and friend.  (His) passion, leadership and devotion to Niagara was formidable and support unrelenting!” said the group in a post.

“Our thoughts and prayers are with Liam’s family, friends and to all those whose lives Liam impacted. Our community mourns this great loss together. Rest in Power.”

Pride Niagara then posted one of Coward’s quotes when he won a Volunteer Excellence Award on their social media. It read: “One of the most radical and meaningful acts a queer person can engage in is showing up and actively working to make change. I am so proud to be an active contributor to the community here in Niagara.”

He continued, “I am beyond honoured to be the recipient of this award, and I want to thank all of my fellow nominees for their contributions to Niagara. This community is so vibrant and strong because of folks like you.”

More recently, Coward was known for his fiery exit from the St. Catharines LGBTQ2S+ Advisory Committee in September.

After both the city’s LGBTQ2S+ Advisory Committee and Anti-Racism Advisory Committee put forward a recommendation that St. Catharines cancel puppeteer Jeff Dunham’s comedy act at the Meridian Centre in November, they felt the city’s response and vote to allow the show to go forward was a slap in the face.

Initially, the Anti-Racism Advisory Committee asked city council to shut down the performance that has faced criticism in the past for portraying characters that rely on racial stereotypes, including a dead terrorist named Achmed and a talking jalapeño on a stick named José, complete with a sombrero.

However, when Coward quit his committee, he was far more scathing in his letter of resignation, insinuating the committees were simply created to give council and the city the appearance of caring for all members of the community.

“I have often felt that the way these committees are treated by some staff and councillors amounts to tokenism and hollow allyship,” he said.

He added he felt the initiatives the committees put forth only made the city and council look good “rather than enact real systemic changes. Pursuing equity for the sake of appearances is not enough. Substantive change will only happen if council sets aside its own biases and perspective and genuinely listens and acts upon what the members of these committees are telling them to do.”

Those who knew Coward noted he would never hesitate to speak up for the LGBTQ2S+ community, railing against the prejudices the community at large continues to face these days.