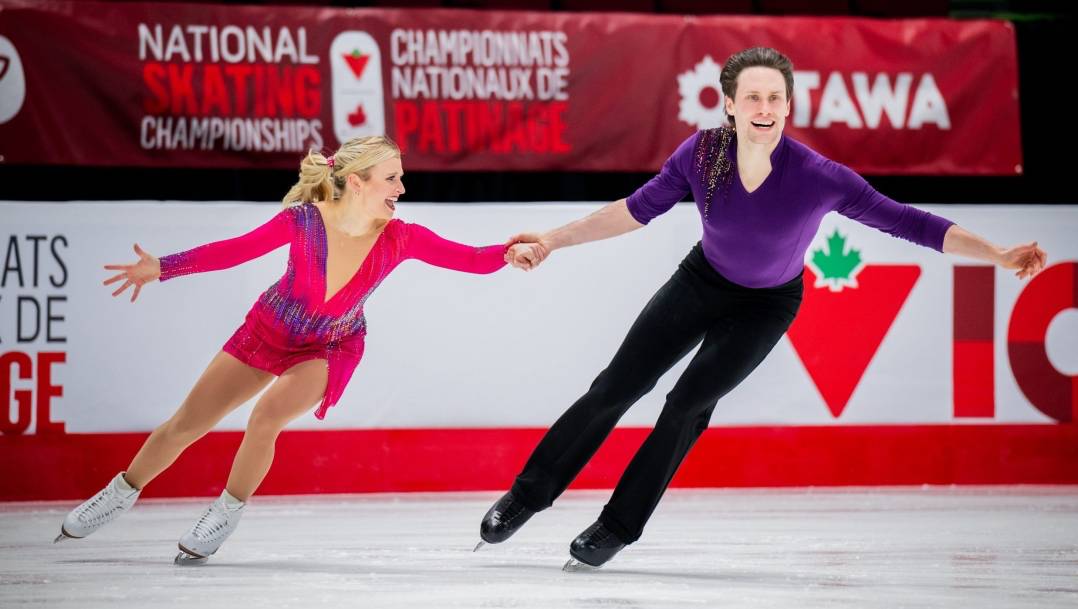 With just 16 days left before the opening of the Beijing 2022 Winter Olympics, Kirsten Moore-Towers of St. Catharines and her pairs partner Michael Marinaro of Sarnia are probably gearing up for the big show.

As to whether Moore-Towers is getting pre-game jitters, it’s tougher to gauge. After all, this is the 29-year-old’s third Winter Olympics.

The pair represented Canada at the 2018 PyeongChang Winter Games and with her previous partner, Dylan Moscovitch, the pair skated to silver medal in their free skate.

Selected on January 9 to join the 13 figure skater contingent in Beijing, she and Marinaro had just won their third consecutive Canadian Championship in Ottawa in front of a mostly empty arena due to COVID-19 protocols.

“It wasn’t perfect but definitely leaps and bounds ahead of what we’ve done this season,’’ Moore-Towers told the Skate Canada website. “Our goal was to go to Beijing as Canadian champions.’’

Moore-Towers and Marinaro built a lead of more than six points with a strong performance in the short program.

“We’ve had a very rough first half of the competition season so we’re thrilled to have something a little bit closer to what we are capable of,’’ Moore-Towers said after the short program. “And we get a little confidence for the rest of the season, and we really needed that.’’

St. Catharines Mayor Walter Sendzik was quick to
applaud Moore-Towers after it was announced she
and pairs partner Michael Marinaro were on the
2022 Beijing Qlympics figure skating team.

The pair has also been named to represent Canada at the 2022 world championships March 21-27 in Montpellier, France.

However, there remains one final hurdle before landing in Beijing – avoiding the Omicron variant.

According to the Canadian Olympic guidelines, anyone who recovers from COVID-19 within 30 days of the Games must present two negative PCR tests taken at least 24 hours apart at least eight days before entering China. Thus far, that doesn’t apply to Moore-Towers or Marinaro.

Then athletes need another pair of negatives on separate days within 96 hours of boarding the plane and one more upon arrival at the Beijing airport.

More than 2,000 international athletes are expected at the Olympics. The first Canadian charter flight departs on January 26.

The pairs event is the first one up for the figure skaters at the Olympics. Below are recent Instagram posts from Kirsten Moore-Towers.