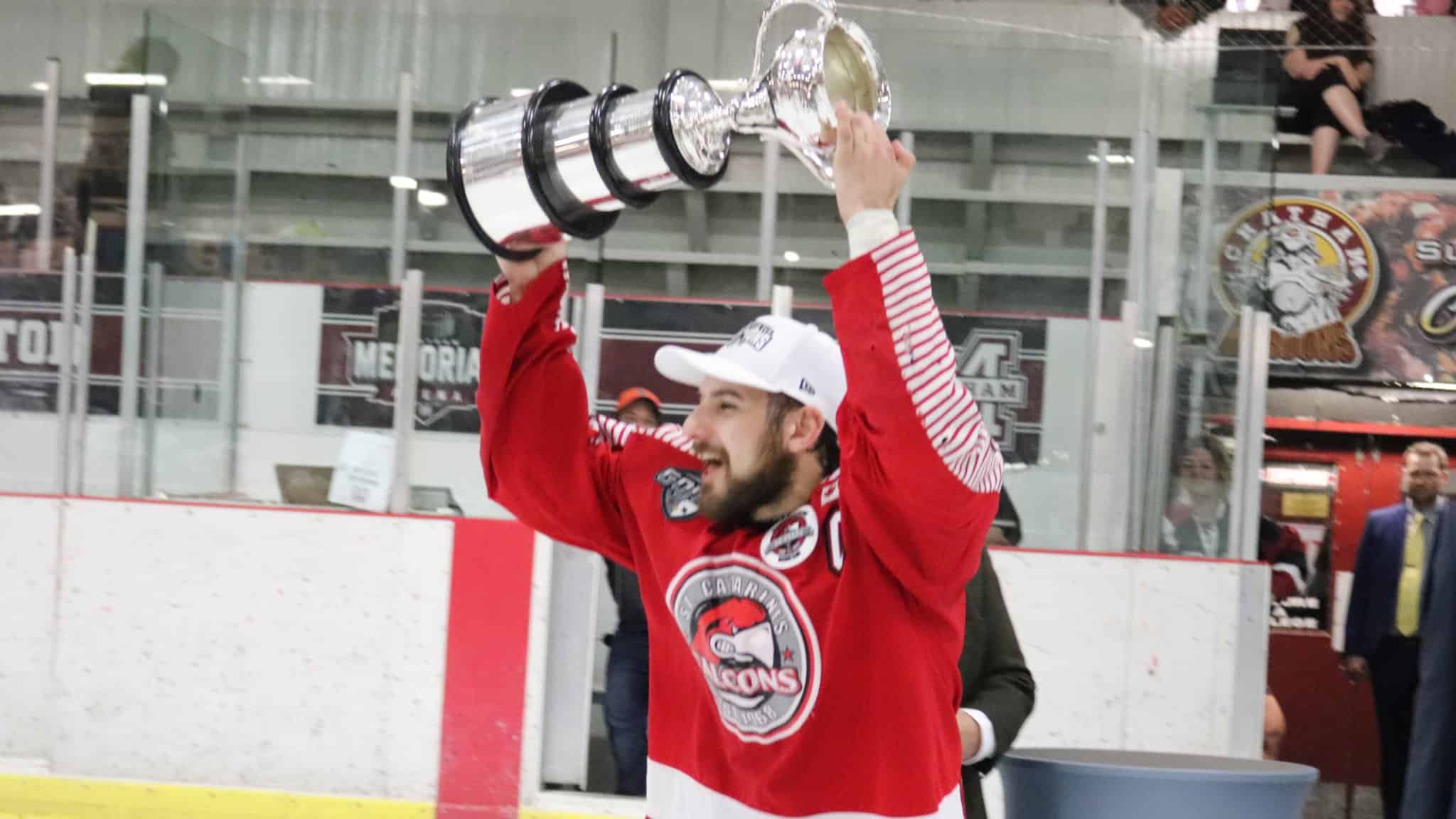 This best-of-three ended up being a “two will do.”

The St. Catharines Falcons are now the 2022 Sutherland Cup champions after routing the Chatham Maroons 8-2 in their hometown arena last night (May 29).

The Falcons got three goals from Mason Howard, a pair from Nicholas Rubino, now in his final year, as well as singles from Jonah Boria, Logan O’Flanghan and Nate Shirton.

Solid in the Falcons’ net, as he has been all year, was Andrew MacLean who lowered his goals-against average to 1.71.

St. Catharines beat the Maroons 6-2 in the series opener Friday (May 27) at home, marking the end of the Jack Gatecliff Arena, which is closing after 84 years. The team will move to the Seymour Hannah Sports Complex in the fall.

The Falcons have called “The Jack” home since the team debuted in 1968.

CAPTAIN JOE BRINGS IT IN pic.twitter.com/LamFBRDCwk