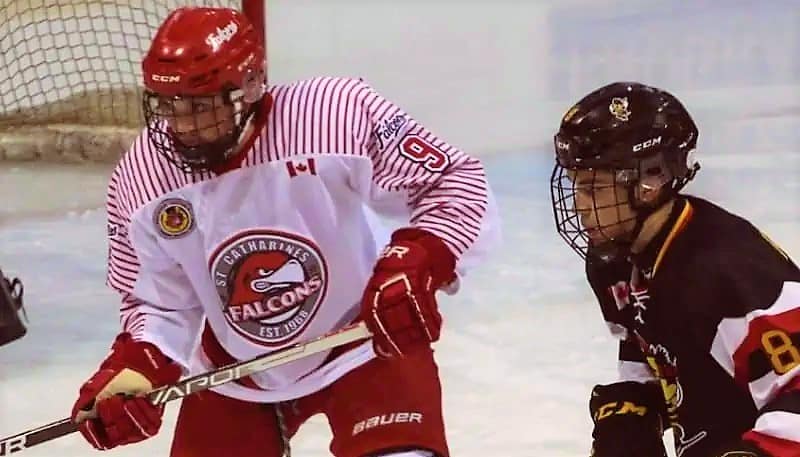 It's now down to the St. Catharines Falcons and the Chatham Maroons to see who wins the cup in a best-of-three series for the Sutherland Cup starting tomorrow.

The St. Catharines Falcons now find themselves in a best-of-three against the Chatham Maroons for the Sutherland Cup and even Mayor Walter Sendzik is caught up with playoff fever, exhorting fans to “Pack the Jack.”

The “Jack” is, of course, Jack Gatecliff Arena which will be shutting down after the Falcons’ season is through.

Game One kicks off tomorrow night at 7 pm in St Catharines and that game could see the arena, built 84 years ago, shut down for good, should the Falcons win it and then Game Two in Chatham.

However, should the series go the full three, it’s “Back to the Jack” on Tuesday night for the conclusion of the 2021-22 Greater Ontario Junior Hockey League championship.

The double knock-out three-team round-robin leading to this saw the Falcons emerge with a 3-1 record ahead of Chatham’s 2-2. Cambridge finished last with a 1-3 record.

The Falcons are considered favourites after sweeping Chatham in the qualifying round with a 3-2 overtime win on the road and a stellar 5-1 win at home.

#PackTheJack Friday night 7pm. Support the boys as they begin the best of 3 final vs. Chatham for the Sutherland Cup!! Mayor @WSendzik is going to be there… you should be too!!! #LetsGoFalcs https://t.co/YBVN4h5KpH