St. Catharines Falcons one win away from Sutherland Cup 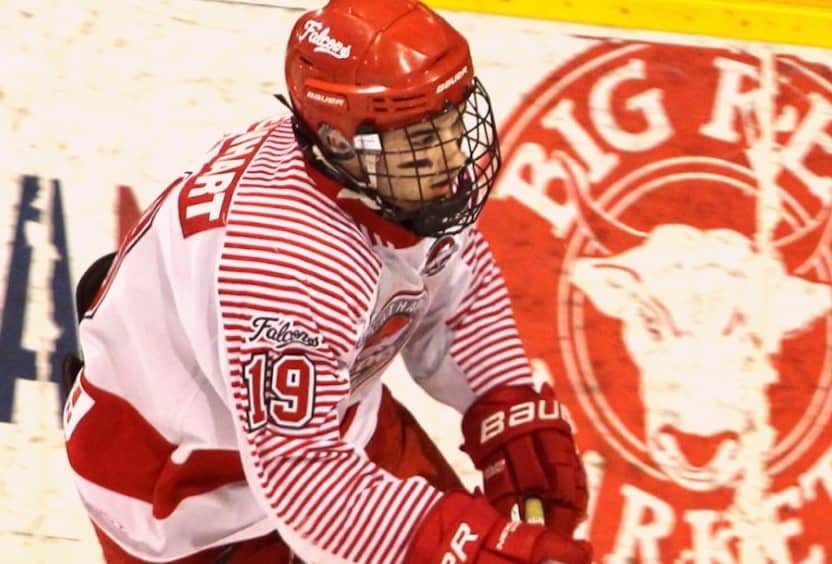 The St. Catharines Falcons have gained the upper hand in the opener of the Sutherland Cup final.

Friday, the Falcons pulled away in the possible final 20 minutes of junior hockey that venerable Jack Gatecliff Arena will ever see, scoring three third-period goals in a 6-2 win against Chatham Maroons in Game 1 of the best-of-three Ontario Junior B hockey final. Jonah Boria scored two goals from his defence position, including the eventual game-winner in front of a home crowd of 1,108.

The Falcons got got a combined three goals and eight points from the Nick Rubino-Luca Testa-Noah Reinhart line. Testa, the Grimsby native who is a first-round choice of the London Knights, had three points, including a dagger goal with 5:25 left in the third period. Reinhart, who is from Dundas, also had an insurance goal in the third period. The tally from a Rubino, the elder statesman from Welland on the line, was also timely since it staked St. Catharines to a 2-1 lead after the first period.

The Maroons will try to extend the series in Game 2 at 7:30 p.m. on Sunday. If they are successful, St. Catharines would host a winner-take-all Game 3 at 7 p.m. on Tuesday (May 31) back at ‘The Jack.’ The 83-year-old arena is scheduled to be decommissioned this year.

Goaltender Andrew MacLean saved 30-for-32 shots for the Falcons on Friday. The one-time Niagara IceDogs goalie has a 1.70 goals-against average and .933 save percentage in 19 playoff games, which are big reasons for St. Catharines being 16-3 in the postseason.

The Falcons last won the Sutherland Cup 10 years ago, in 2012. Their closest they have come since was when they were runners-up in 2014.

The trophy could not be awarded in either ’20 or ’21 due to the COVID-19 pandemic. Public health protections that shuttered amateur sports for several weeks this winter have also meant that Junior A, Junior B and Junior C leagues have played much later into spring than in most seasons.