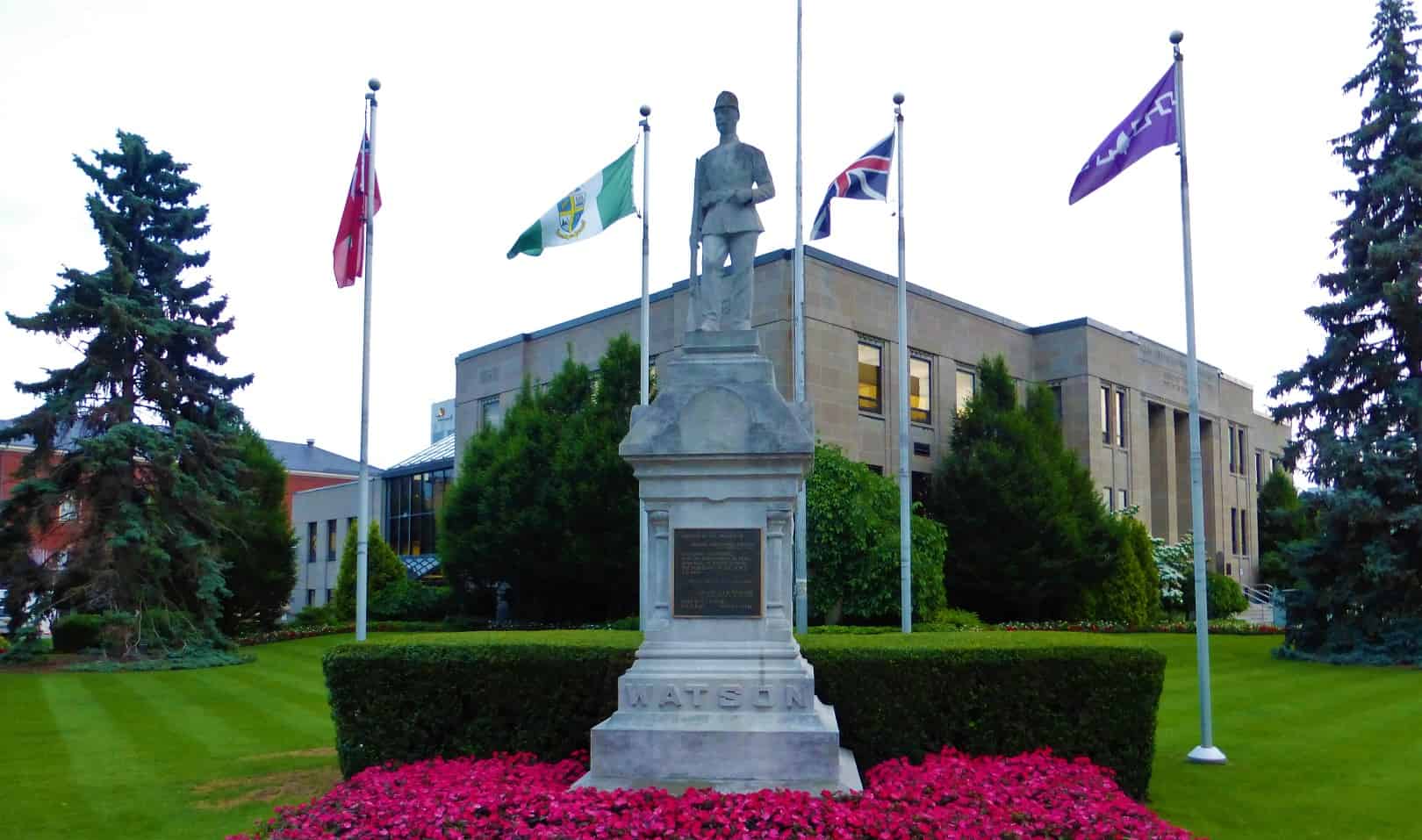 There have been many calls to remove the Watson statue from the front lawn of St. Catharines City Hall in the past. (Photo: Ontario War Memorials)

Outgoing St. Catharines councillor Karrie Porter is appealing to the next sitting of council to finally remove the statue of the North-West Resistance soldier from the front lawn of City Hall.

The St. Patrick’s councillor, who won’t be running in the October municipal election, has made these requests to her fellow councillors in the past with little luck.

Porter chose the National Day of Truth and Reconciliation (September 30) to make her appeal since to many, the statue represents the worst elements of Canada’s colonialist past.

The statue is of Private Alexander Watson, a St. Catharines native who fought with government forces and died during the Northwest Resistance in 1885 at the decisive Battle of Batoche. The statue was unveiled on the City Hall the same year.

A lot has changed in the 137 years since that time, including how people view the treatment of the Indigenous community over the years – issues that lead to the creation of the National Day of Truth and Reconciliation. To many, the statue is a symbol of Canada’s long oppression towards Indigenous communities.

Also, it is not faring well in terms of its condition, which many believe makes it the perfect time for its removal.

“When it crumbles, it will still cost just as much, and likely more (inflation) to move it from the front lawn. What City would leave such a statue to crumble without context on their front lawn?” Porter assked.

“Our Council was divided on this matter. I hope the next Council does not lack the collective courage to remove the statue. If you are a St Catharines Councillor and candidate wearing an orange shirt today (September 30), this is just one of the many tangible issues related to reconciliation, but it is the most glaring.”

“I hope you think about it,” Porter concluded.

For the uninitiated, the North-West Resistance (or North-West Rebellion) was a violent, five-month insurgency against the Canadian government, fought mainly by the Métis and their First Nation allies in what is now Saskatchewan and Alberta.

It was caused by rising fear and insecurity among the Métis and First Nations peoples as well as the white settlers of the rapidly changing West. A series of battles and other outbreaks of violence in 1885 left hundreds of people dead, but the resisters were eventually defeated by federal troops.

The result was the permanent enforcement of Canadian law in the West, the subjugation of Plains Indigenous people in Canada, as well as the hanging of Louis Riel, who returned from his exile in the United States to lead the Indigenous resisters. He was hung for treason by the Canadian government, then lead by John A Macdonald.

As well as Porter, the city’s Anti-Racism Committee and individual citizens have called for removal of the statue in the recent past.