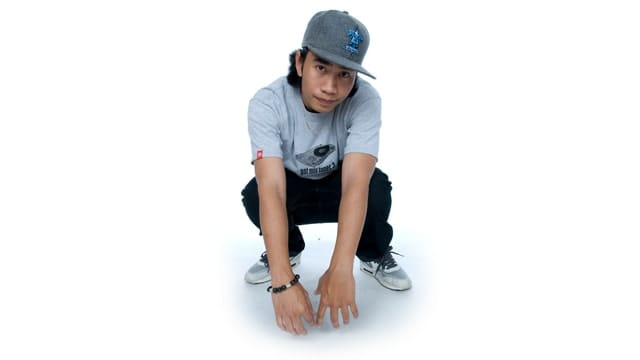 He has won a DMC World Championship which is like the Olympics of DJing/Turntablism. He has performed with the likes of Eminem, Madlib, Slum Village, Frank N Dank, Kardinal Offishall and Gang Starr. He is now working on his own group Notes To Self. He is DJ Dopey and we recently caught up with him.

I moved here from Parkdale when I was about 10 years old. Most of my family has now settled in Mississauga from across the GTA.

Where/how/who/when did you get your DJ name?

I got it in grade school.  I had big ears then so was called Dopey a few times by friends. It just stuck I guess lol

Can you remember your first few vinyl purchases and from where?

I remember going in to Traxx downtown with my older brother & buying a RUN DMC record, along with Biggy, Craig Mack, and a few others. Still have them to this day.

On the subject of Turntablism, who were your mentors in your early days?

I’d have to say locally, 2Swift & Turnstylez.  They really helped with everything from just introducing us (Turntable Monks) to other dj’s or actually showing us some tricks.

Do you still battle?

Not in a long time but who knows, never say never.

Who have you worked/collaborated with?

Who was the most inspiring person(s) you have worked/collaborated with?

I’d have to say Bronze One.  To this day I’ve met nobody that works harder than this dude.  Truly inspiring.

What is the coolest place you have spun in the world? and the craziest crowd?

Coolest place & craziest crowd would probably both have to go to Pemberton Festival.  I played with a Symphony Orchestra & it was a hair-raising experience.

Probably in the early days of Enfield Fox when all our friends & fam used to come out. Those were the days lol

What is the most annoying thing anyone can ask when you are in the middle of spinning at a party?

When I’m dj’n and someone comes to the dj booth with their phone & sticks it right in your face with some stupid request like Spice Girls or something like that.

Is there that one song that you refuse to spin?

What is DJ Dopey working on now?

Right now all my energy is on getting the world familiar with my group Notes To Self.  We are an aspiring rap group that despite having little to no label support have managed to rally fans throughout the world with our innovative video’s, great music, & top notch personalities.  But I may be a little biased lol

What high school did you go too?  Father Goetz S.S.
Favourite food?  Sushi
Favourite place to eat in Mississauga?  Secret sushi spot
Timmies or McD’s coffee?  either
iPhone or Android?  iphone
Do you have a podcast?  Soon on www.notestoself.net

Listen in to DJ Dopey interview on insauga.com podcast>