Speed limits being lowered on busy road in Mississauga 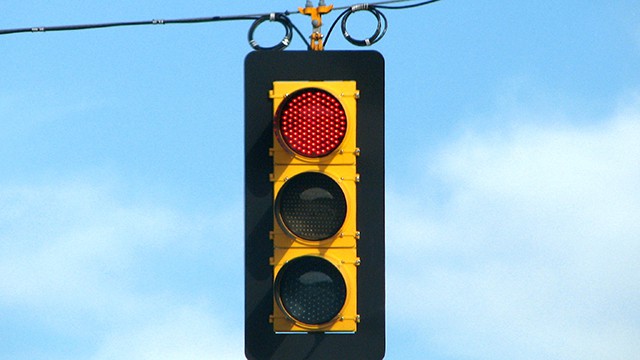 If you regularly drive down one of Mississauga’s busiest (and most scenic) roads, you should be careful to watch your speed.

At a recent general committee meeting, city council approved a recommendation to lower the speed limit on parts of Lakeshore Road.

“The Transportation and Works Department supports lowering the existing regulatory speed limit on Lakeshore Road in the B.I.A. of Clarkson and Port Credit from 50 km/h to 40 km/h, and reducing portions of the existing 60 km/h zones to 50 km/h,” a city spokesperson said in an email to insauga.com.

According to the city, the speed limit will be lowered from 50 km/h to 40 km/h on Lakeshore Road between Inverhouse Drive/Walden Circle and a point 150 metres east of Meadow Wood Road, as well as between Peter Street South and Woodlawn Avenue.

The speed limit will be lowered from 60 km/h to 50 km/h on Lakeshore Road between Southdown Road and Inverhouse Drive/Walden Circle and between a point 150 metres east of Meadow Wood Road and Balboa Drive.

According to the corporate report, the move to lower speed limits on parts of Lakeshore Road came after City Councillors Stephen Dasko and Karen Ras asked city staff to review the feasibility of speed limit reductions in order to address issues related to traffic, pedestrian safety and noise.

The majority of Lakeshore Road operates with an existing 50 km/h regulatory speed limit, with portions of the roadway west of the Credit River posted at 60 km/h.

The report says the city has previously identified speeding as a persistent problem on many of its roadways despite implementing various measures to discourage it.

“The majority of the countermeasures implemented to date have focused on reducing operating speeds and improving road safety within neighbourhoods,” the report reads.

“Arterial and major collector roadways are particularly challenging and require a different set of countermeasures than neighbourhood roadways.”

The report says the city is hoping to improve road safety through its Vision Zero initiative, which aims to eliminate pedestrian fatalities on city roads.

“We know from Peel Police that 47 per cent of all collisions between pedestrians and vehicles happen when drivers are making turns at intersections while pedestrians are crossing with the right-of-way. This is not only unacceptable but preventable. We need to put an end to speeding and distracted, impaired and careless driving on our roads and in our community,” said Mayor Bonnie Crombie in a statement.

“In collaboration with our communities and partners like Peel Regional Police, we’re taking action to keep all road users safe to reduce injuries and collisions on Mississauga roadways. We’re committed to achieving Vision Zero, which means no pedestrian fatalities on our roadways. Period.”

According to a recent news release, there have been 31 collisions in Peel Region this year involving a vehicle and pedestrian that resulted in death or serious injury. Sixteen of those collisions occurred in Mississauga.

According to the corporate report, a review of recent speed studies conducted at various locations along Lakeshore Road reveals average operating speeds to be consistently in the 64 km/h range in the 50 km/h zones.

The report says that speeds typically increase to 68 km/h in the 60 km/h zone.

“As previously mentioned above, the current methodology for determining speed limits on arterial and major collector roadways needs to be reassessed through the lens of Vision Zero,” the report reads.

“Staff is endeavouring to develop a more consistent methodology for determining appropriate speed limits on these roadways. In the interim, staff will conduct evaluations on a one-off basis. It is anticipated that a modernized methodology will be developed later this year and reported to