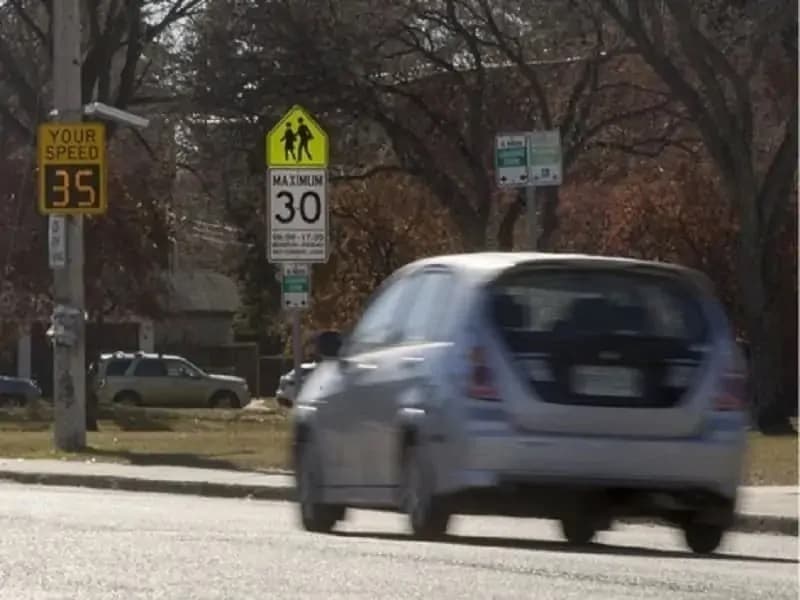 Mississauga is considering a plan that would raise speed limits in school zones across the city by at least 10 km/h when students aren’t in class.

Dasko said he’s been hearing from residents, “and others are hearing about it as well,” that the posted 30 km/h limit in school zones is fine when school is in “or say if it was 6 a.m. until 6 p.m.,” but not so much during hours further removed from school time.

“I have heard from people that have been driving home doing, call it, you know, 40 km/h at midnight and get a ticket,” said Dasko, who asked staff to look into the matter and come back to council with a report on “whether or not we can adjust (the speed limit). For example, 6 a.m. to 6 p.m. would be school hours; those aside from that might not be and have the limit raised to 40 km/h or something thereof.”

Many of the drivers are receiving tickets via the City’s Automated Speed Enforcement (ASE) camera program, which targets speeders in school zones and community safety zones.

Fines can be significantly higher in those areas.

The ASE program was launched in summer 2021 and as of April 9 of this year, all 22 cameras were “operational and enforcing posted speed limits within neighbourhood school area community safety zones” across the city.

The cameras are rotated between numerous locations, as needed.

Staff will return to council with a report on speed limits early in the new year.

According to City numbers released this past summer, while the ASE program has dished out more than $1 million in fines and has been somewhat effective in reducing the number of speeders, it’s losing money.

A June 3 report from City transportation and works staff notes that while the ASE camera program has reduced speeding in and around school zones, it is also costing the City money due to issues collecting fines.