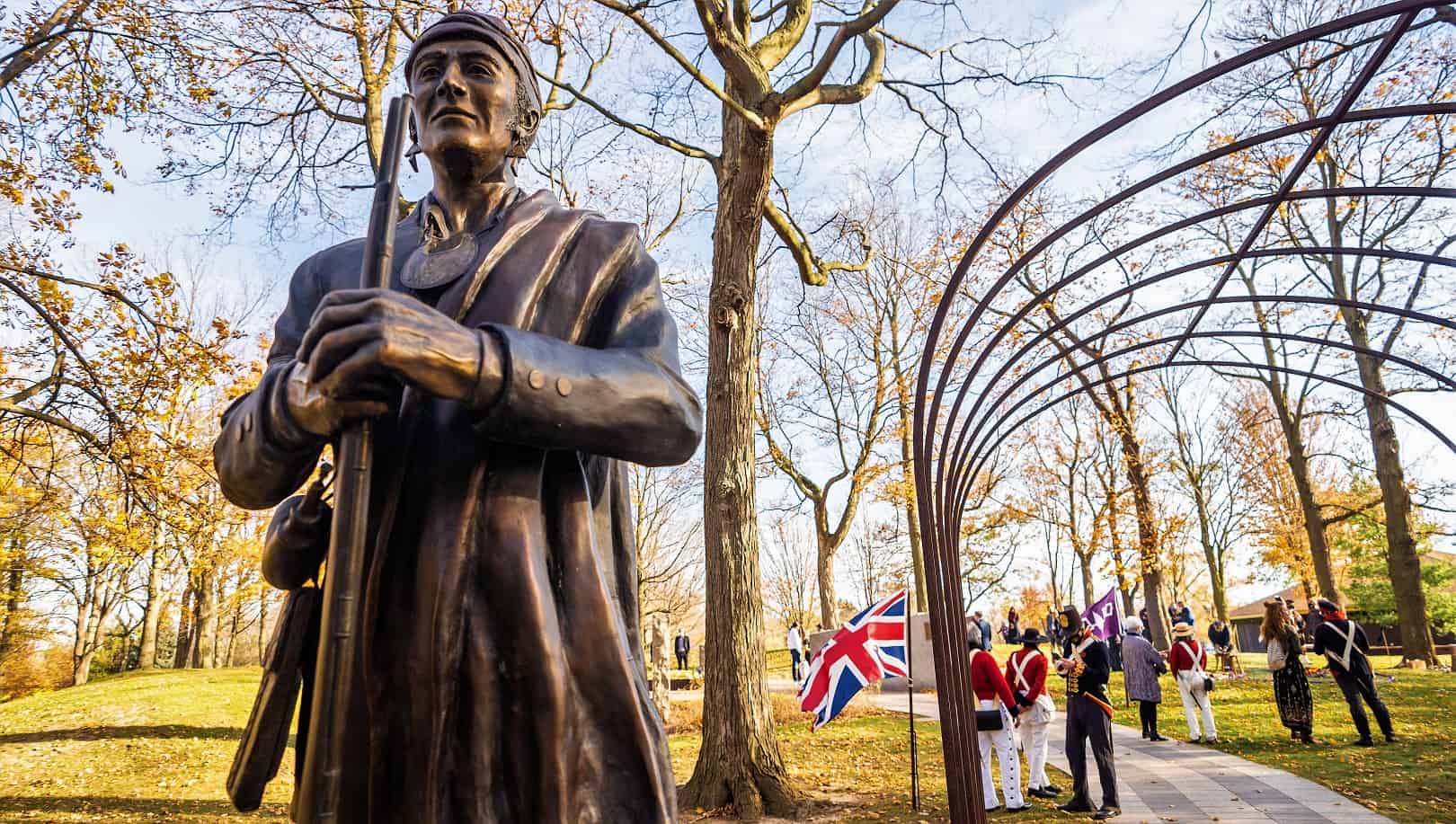 National Indigenous Veterans Day will be held at the Landscape of Nations Memorial in Queenston Heights Park in Niagara Falls on November 5 at 1 pm.

When people think of the War of 1812, they usually remember a two-year battle between British soldiers on the Canadian side and American soldiers on the U.S. side throughout the eastern end of the Niagara Region.

There were many, many more fighting than just those two factions.

In fact, had it hadn’t been for efforts of the Six Nations people and other Indigenous allies fighting on the British side, we’d likely be flying the Star Bangled Banner in front of Niagara schools today.

On November 5 at 1 pm, they will be honoured at an annual memorial ceremony, National Indigenous Veterans Day, at the Landscape of Nations Memorial in Queenston Heights Park in Niagara Falls.

“This annual event recognizes the contributions and sacrifices made by Six Nations and Native Allies, that helped to secure victory at the Battle of Queenston Heights, during the War of 1812,” said Niagara Parks.

This year marks the sixth anniversary of the unveiling of the Landscape of Nations: The Six Nations and Native Allies Commemorative Memorial.

The transformative permanent public art display has served as the venue for this annual ceremony for the past four years.

This year’s event includes remarks from local Indigenous leaders, including Tim Johnson, the Senior Advisor of Heritage and Legacy at Niagara Parks, who led in the design and development of the memorial, along with the creation of the Valour & Victory event.

In addition to formal remarks, the event will include a wreath laying and traditional tobacco ceremony held around the sacred fire.

Niagara Parks said, “All are welcome to attend the service, in remembrance of the fallen, the dedicated, and the faith keepers, whose valiant efforts forged a lasting peace.”

“Those who visit the memorial are encouraged to reflect, not only on the historic contributions made by Indigenous peoples, but also on the experiences of Indigenous peoples today and the meaning of truth and reconciliation.”