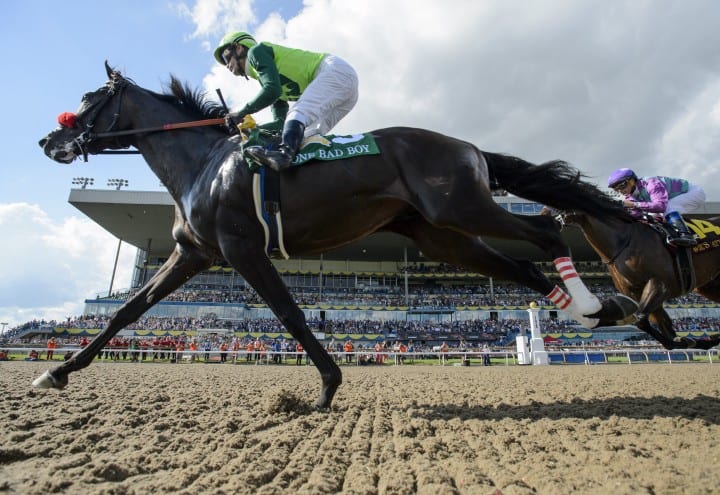 TORONTO — Add the 2020 Queen’s Plate to the list of sports events to have either been cancelled or postponed due to the COVID-19 pandemic.

A source told The Canadian Press that Woodbine Entertainment has decided to postpone indefinitely this year’s Queen’s Plate. The $1-million race was scheduled to be run June 27 at Woodbine Racetrack.

Woodbine Entertainment is expected to make the formal announcement later Wednesday. The source spoke on condition of anonymity because the decision has not been publicly announced.

The NBA, NHL, Major League Soccer and Major League Baseball are among the sports in North America to have either halted or postponed the start of their seasons due to the novel coronavirus outbreak.

And last month, Woodbine Entertainment indefinitely postponed the start of the 2020 thoroughbred season. This year’s card was scheduled to begin April 18 at Woodbine Racetrack.

As a result, the organization stopped taking financial commitments for the race due to the uncertainty created by the pandemic. On Tuesday, Woodbine Entertainment said in a statement it was “discussing and evaluating the postponement of the Queen’s Plate.”

On March 19, Woodbine Entertainment also suspended harness racing at Woodbine Mohawk Park indefinitely. Racing had continued there during the novel coronavirus outbreak before officials made the move to call it off.

A later start for the Plate is expected to also create a trickle-down effect for the other two Triple Crown races — the $400,000 Prince of Wales Stakes (July 21 at Fort Erie) and $400,000 Breeders Stakes’ (Aug. 15 at Woodbine). In addition, it will likely also dramatically impact the Ricoh Woodbine Mile (Sept. 19) and Pattison Canadian International (Oct. 18), two $1-million turf races.

The American Triple Crown has also pushed back its start. The Kentucky Derby, slated for May 2, will now be run Sept. 5.

The postponement of the Queen’s Plate has put veteran trainer Roger Attfield’s historic chase on hold. The Canadian Horse Racing Hall of Famer remains tied with the late Harry Giddings Jr. for most Plate wins by a trainer at eight.

The 80-year-old Attfield, seven times Canadian racing’s top trainer, also holds the distinction of being a member of the U.S. Racing Hall of Fame.

Queen Elizabeth II is patron of the Plate and last attended the race in 2010.

The Queen’s Plate is annually Woodbine’s marquee event. It goes back to 1860 and is North America’s longest, continuously run stakes event.

The Queen’s Plate is also the opening jewel of Canada’s Triple Crown but is much more than just a horse race. Woodbine stages a festival around the event that includes outdoor concerts and a variety of social functions.

The race itself is a 1 1/4-mile event run on Woodbine’s Tapeta course for three-year-olds foaled in Canada. Last year, jockey Flavien Prat rode One Bad Boy to a 3 1/2-length victory over Avie’s Flatter in 2:02.98.

Prat became the first jockey since Kent Desormeaux to do the Derby-Plate double in the same year. Desormeaux did it in ’98 Derby with Real Quiet and the Plate with Archers Bay.

Bill Hartack also accomplished the feat in 1964 with the legendary Northern Dancer.