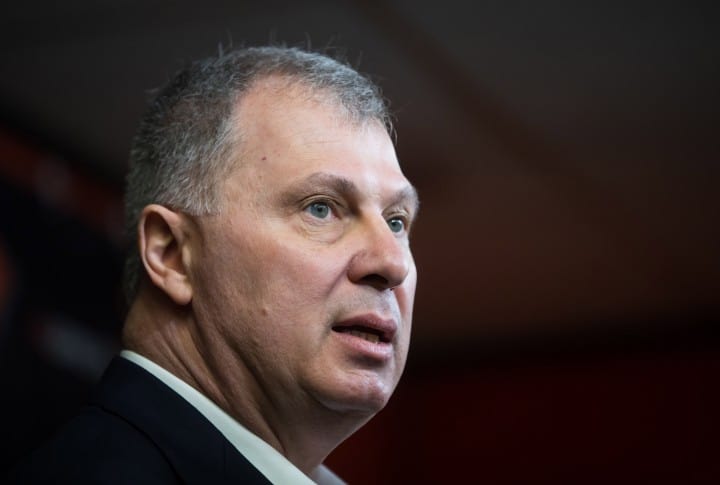 Once again, the CFL will not get an interest-free loan from the federal government.

The two sides have maintained informal dialogue since last August when the CFL cancelled plans for an abbreviated 2020 season. That decision came after the league was unable to secure a $30-million interest-free loan from Ottawa during the COVID-19 pandemic.

A source familiar with the discussions said there also will not be an interest-free loan this year. The source was granted anonymity because neither the league nor federal government have revealed the nature of their discussions.

The CFL unveiled a full 18-game schedule for all nine teams last November that’s slated to begin June 10. But with the league’s return-to-play protocols still before the various provincial governments and nationwide vaccination programs still in their infancy, a postponement of the ’21 season appears to be a strong possibility.

When the CFL unveiled its ’21 schedule, commissioner Randy Ambrosie did leave the door open regarding the league’s future plans.

The source added the CFL-Ottawa talks have been more about educating the league with not only existing federal assistance programs but also those that have been offered since August.

Despite not playing in 2020, the CFL was projected to receive more than $10 million in wage subsidy from Ottawa between March and December 2020. That figure would’ve gone past $15 million had an abbreviated season been played.

It’s unclear, though, what — if any — subsidies the league has received so far in 2021.

Shortly after the CFL cancelled its 2020 season, the CFL Players’ Association told its members that those contracted to league teams would be eligible for wage subsidy from July through December. The union added the benefits could go beyond that if the Canada Emergency Wage Subsidy (CEWS) is extended, which it was to June 2021.

Last year, the CFL approached Ottawa on multiple occasions for financial assistance it maintained was essential to stage an abbreviated season. Ambrosie had said the league lost around $20 million in 2019 and a source familiar with the situation told The Canadian Press that not playing last year cost the CFL between $60 and $80 million.

Any government support would be with the caveat that football will be played for years to come. And with that would come financial transparency from the CFL regarding its future.

However, a return to the field isn’t the most crucial element for the CFL’s nine teams. It’s important that play resumes with fans in the stands as the league is gate-driven with all nine franchises relying heavily upon ticket sales to help achieve their bottom line.

So pushing back the start of the season could allow more Canadians to receive COVID-19 vaccinations and thus potentially be able to attend games in larger numbers..

Earlier this week, Ottawa reached an agreement with Air Canada — which has been battered by the global pandemic — with much-needed assistance. The company also had to commit to refunding customers who had their flights cancelled last year,

Ottawa will provide Air Canada with up to $5.9 billion through the Large Employer Emergency Financing Facility, a program aimed at supporting large Canadian employers who have lost revenue due to COVID-19. The government will provide the airline low-interest loans worth up to $5.4 billion and take an equity stake in it by purchasing $500 million in stocks.

Air Canada also agreed to restore flights on nearly all suspended regional routes, cap compensation for company executives at $1 million annually and suspend share buybacks and payment of dividends to shareholders over the course of the loans.