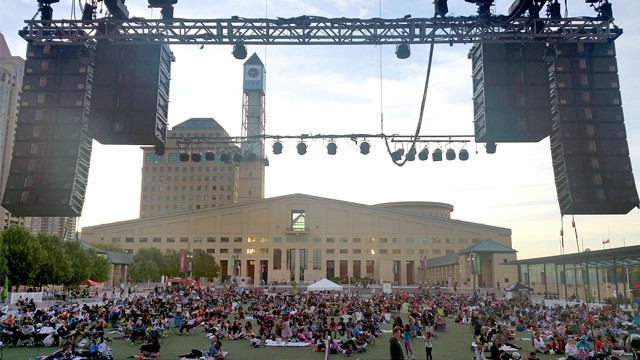 Celebration Square is about to welcome something new–and it’s not just the massive Christmas tree (more on that in a future story).

Later on today, residents can check out the unveiling of a much-anticipated piece of public art that will be officially unveiled in Celebration Square.

This afternoon (Nov 21), the City of Mississauga will join with the Government of Canada and the Mississaugas of the New Credit First Nation to officially unveil Conference at the Council House, a new addition to Mississauga’s permanent public art collection in recognition of Canada 150.

Created by the artists Hadley Howes & Maxwell Stephens (Studio of Received Ideas), the artwork “draws attention to the rich Indigenous history of the area and region that is now known as Mississauga.”

As for what it looks like, the piece consists of an artistic replica of the tower that tops the historic Council House–which was built 132 years ago–on the Mississauga of the New Credit First Nation Reserve in Hagersville. 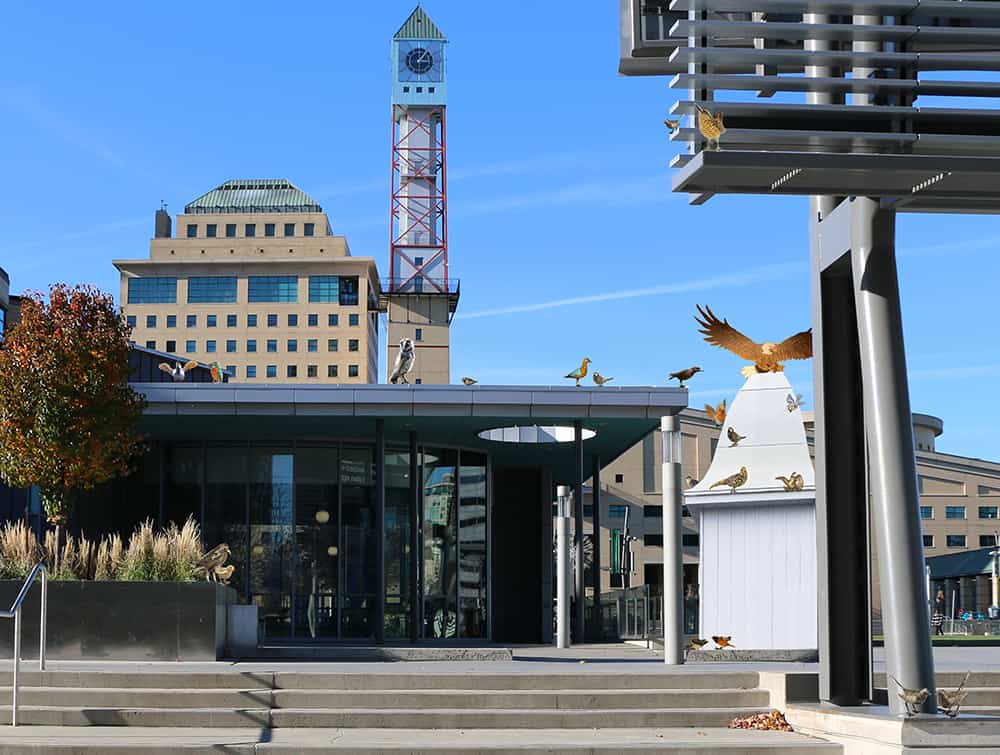 Thirty birds cast in bronze patinas will be placed on and around the tower to signify the diverse community that inhabits the area today.

The artwork is supported through a contribution of $199,000 from the Department of Canadian Heritage.

The unveiling will take place by the artwork installation near the Glass Pavilion.