Something New is Being Installed at this Mississauga GO Station

Good news for commuters in Mississauga!

Something new is being constructed just for you.

If you're a frequent user of the ever busy Cooksville GO station, you should be know that the station is currently undergoing a massive reconstruction phase that is scheduled to last until 2020.

Metrolinx, the provincial transit agency, is transforming the station for future needs. When the $128 million project is completed, it is set to look like this: 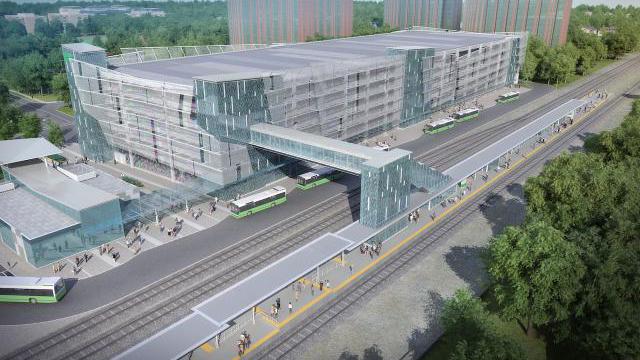 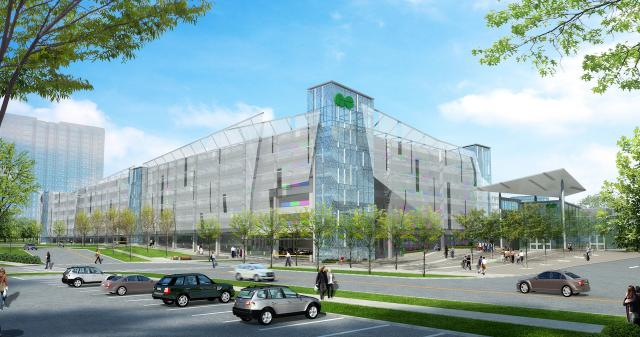 From the first picture, a pedestrian bridge to link the massive parking structure to the train platform is being planned. And as of this month, that bridge is going to be installed.

According to Metrolinx, crews will be preparing to lift the bridge that will connect the new parking structure to the Cooksville GO Station rail platform, as seen in the pictures below:

A mobile crane will arrive to the site that will be used to lift the pedestrian bridge, and the bridge will be fully constructed on site and when it is lifted into place by the crane.

The pedestrian bridge will have 56 glass panels, louvres, roofing and soffits, weighing about 110 metric tonnes. The crane will also be assembled on site, brought in to the location in pieces, loaded on 14 tractor trailers.

Once the crane is assembled its footprint will be 20 by 20 metres. The bridge lift will take approximately four hours to complete, and it will be spun 90 degrees before being placed in its permanent position.

"With a brand new station building, a new parking structure and new surface parking, the station will serve as a transit hub in central Mississauga, connecting residents to GO transit (GO buses and GO trains on the Milton line), Mississauga transit and the future Hurontario LRT," Metrolinx said in their notice.

New unique Pizza Cones restaurant opening in Mississauga
A popular restaurant that serves pizza with a twist is coming to Mississauga.
END_OF_DOCUMENT_TOKEN_TO_BE_REPLACED