Some Residents Outraged Over Housing Development Proposed for Mississauga

A residential development that’s been proposed for one of Mississauga’s most well-known neighbourhoods has earned the ire of a group of residents who are decidedly not in favour of the project.

The Save Lorne Park Coalition said that the community has concerns about an “aggressive development” slated for 1190 and 1200 Lorne Park Road. 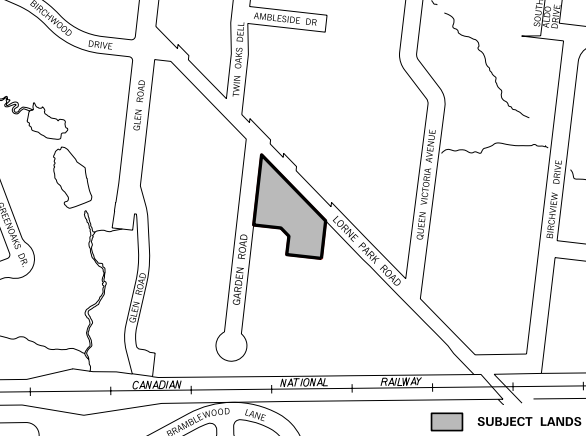 “Their proposal is far too aggressive, 14 homes, and also lacks any studies for building an underground garage,” says spokesperson Gautam Malkani. “This would be the first of its kind in Lorne Park, which may impact the water table for local neighbours and cause flooding. The need for underground parking only amplifies the fact that there are far too many homes being built for the size of the property.”

You can see a rendering the development below:

The proposed project, which the group calls “a nightmare scenario” for the community, consists (at this point) of a condominium development with four semi-detached homes, six townhomes and three freehold detached homes. The development, which will require a revision of the official plan and zoning, is currently before the Ontario Municipal Board (OMB).

The current zoning only accommodates five single-family homes, according to Malkani.

The group is unhappy with the proposal, saying that it won’t provide less costly housing to the city. The coalition is also against the removal of several mature trees.

It also says the development doesn’t fit the area’s character (a common complaint when it comes to new developments in established neighbourhoods).

“Furthermore, this proposal doesn’t solve any of the provincial mandate for affordable housing and the current zoning would still satisfy the mandate for intensification as there is currently only one house on the property. Lastly, the developer can still profit by building fewer homes and maintain the character of the rest of the neighbourhood and the local community.”

The group also says it’s disappointed that the developer has chosen to appeal to the OMB.

“We are also disappointed that the developer decided to ignore the will of the people and opted out of working with city staff, municipal council and the local community,” Malkani says, before going on to claim the developer is attempting to “circumvent the new Regional OMB system.”

The City of Mississauga confirmed that the proposal is currently being debated.

“The applicant appealed the application to the Ontario Municipal Board on October 31, 2017, and the pre-hearing for the application is on April 11, 2018,” explained Carley Smith DeBenedictis, senior communications advisor, City of Mississauga.

The coalition says it launched an online petition with over 150 signatures from within Lorne Park and all over Mississauga.

“The local community supports reasonable development (but not this aggressive proposal) as it currently stands. This proposal sets a dangerous precedent on reshaping the local community for current and future generations. We the current residents want to ensure that Lorne Park’s character is one of unique homes with mature trees,” Malkani says.

New Starbucks location now open in Mississauga
When the coffee gods close a door (or many doors), they often open a window.
END_OF_DOCUMENT_TOKEN_TO_BE_REPLACED